This darling couple came to be married today. Jennifer is from Spain (but born in Columbia), Fredrik Petterson is from Norway.  They are both the only members of the church in their families.  Jennifer served in the Rochchester, New York Mission.  One of her companions knew Fredrik and suggested they connect. They did, met at Fest I Nord, the yearly YSA convention for the Scandinavian Countries, and were married today.
Fredrik was baptized when he was a foreign exchange student.  That mother and son came from the US for the wedding, plus there were 5 other guests. It was a very sweet, small gathering.  They would have been married in Stockholm but it is closed right now for two weeks, so they came here.  And now the rest of the story:  Fredrik came to the Preston MTC while we were there and we knew him.  Jim, whom he had a personal connection to,  was able to marry them.  Heavenly Father is so kind. 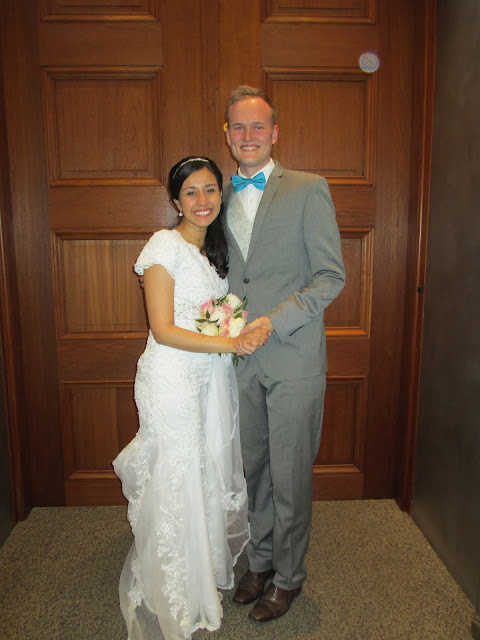