One of the things I love most about being in the temple is the people I meet and learning their stories. 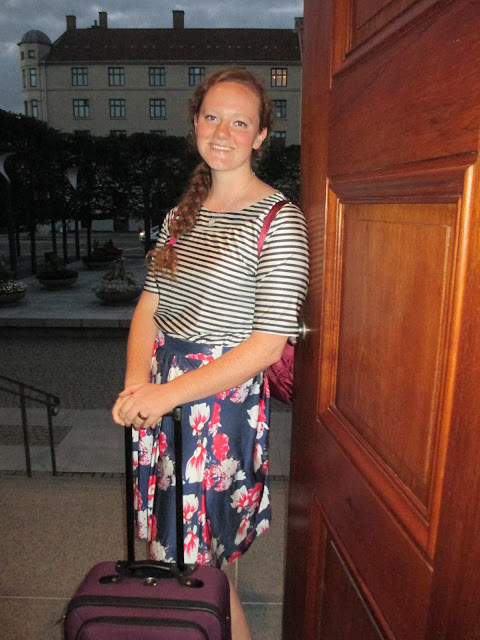 This darling girl is working as a Nanny in Berlin.  She served a mission in Arkansas, went back later to visit, after she had signed a contract to come to Germany.  While there she met a boy who had been inactive but was now totally active.  They connected and will be married here in Copenhagen in May, after she has finished her contract and when he comes to pick her up.  They are doing a lot of Facetiming..  Neither have many friends or family that can come to the temple,so this was a good option. 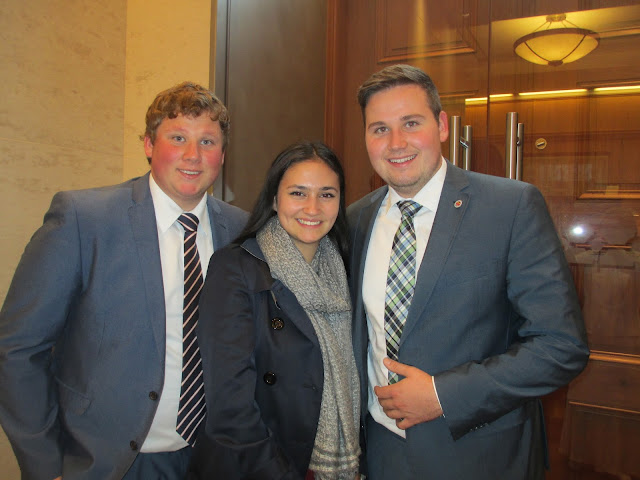 These two Muller brothers were at the England MTC when we were there. Fabian, on the right, is marrying Vanessa next Wednesday and she came today to receive her own endowment.  They are from Germany and invited us to the reception the night before.  I think we will pass on the 8 hour round-trip and settle for a piece of cake they have promised to bring. 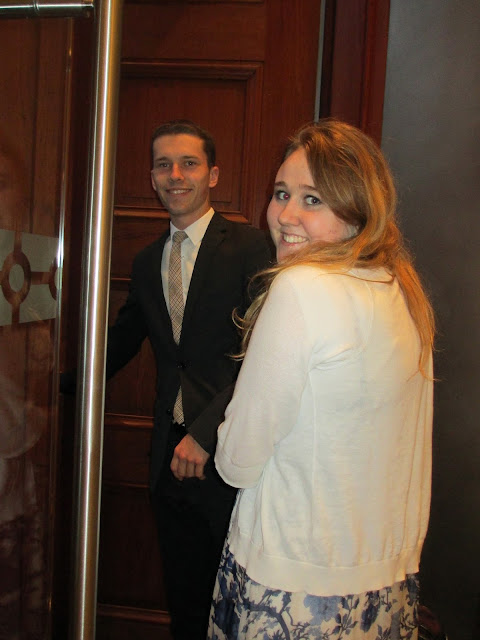 Rebecca, their younger sister also received her endowment today.  Her boyfriend was there to support her.......
We also had a mom and dad, grandma and daughter from Hawaii who are living in Germany for a couple of years come for the last session.
Noreen and Pete Petersen, friends from Salt Lake, were here yesterday on their way to a Baltic Cruise.  They will begin a year mission in Nauvoo in October.
A cute young mother came while her husband tended their 15 month-old.  She is a traveling nurse and he is in finance.  They quit their jobs in Texas to travel for a few months, before they add to their family.. They will go back when the money runs out. Apparently both have good education and opportunities wherever they want.  They just need to decide where they want to settle.
It is always so fun to see who comes through the door.
Posted by Mom J at 2:14 PM