The island of Santorini in Greece was the next stop on our cruise, but my camera died and all the pictures are on Debbie's phone...So until I retrieve them, we will go to the next stop which was Katakolon, Greece.  We took an independent tour just off the ship.  They drove us out to Ancient Olympia where the first Olympics were held.  It seems a lot like the Olympic Villages of today. 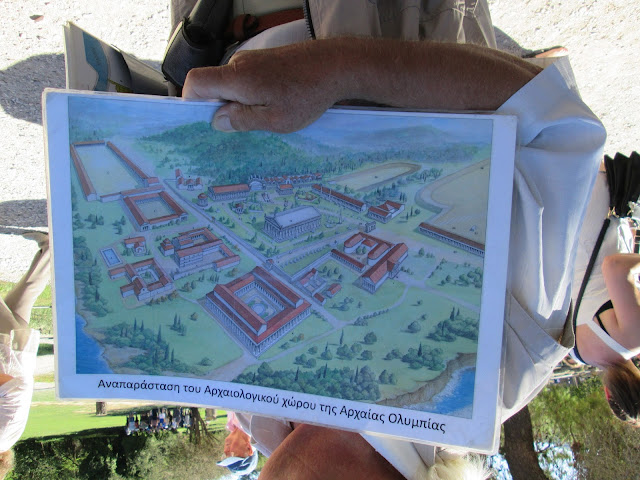 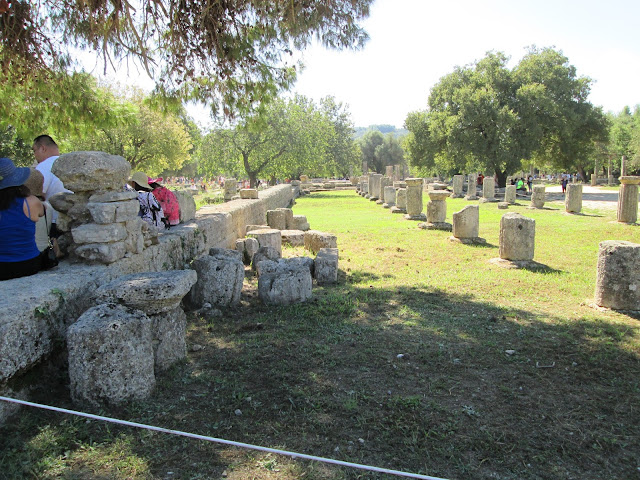 The area with the flat stone in the forefront of this picture is where the Olympic Flame is lighted for each Olympiad and carried around the world. 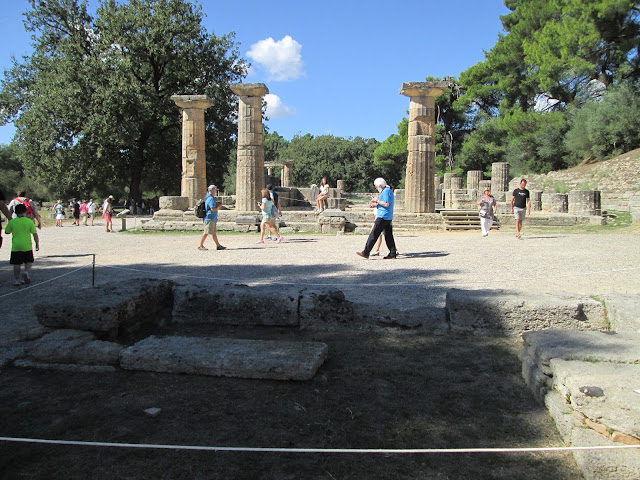 The entrance to the Olympic Stadium 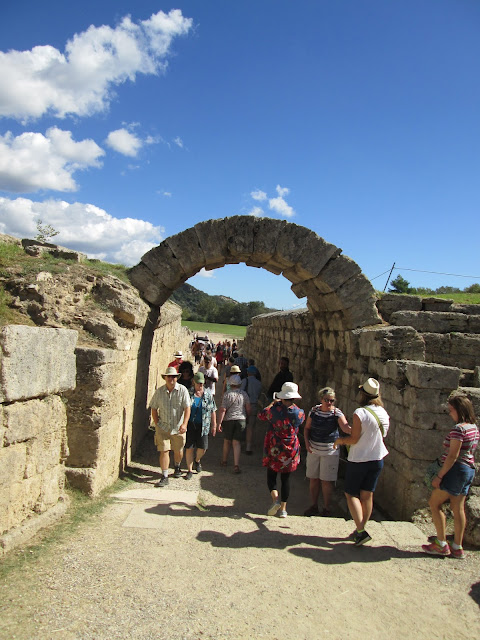 Stadium Area for running.  Thousands  sat on the hillsides to watch. 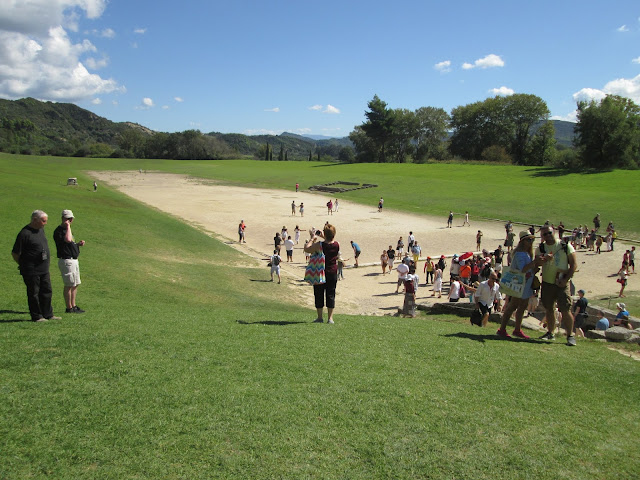