The missionary couples usually  get together on Monday nights for a short discussion and refreshments.  Tonight we went to the two single sisters' apartment and the Christensens gave a report of an interv iew they heard on the Mormon Channel about the first couple to live in the Joseph Smith Home after the church bought it.  They faced major opposition and were called for five years and released twenty five years later.
This is a typical refreshment, especially this time of year.  Abelskivers with jam and powdered sugar and clementines, plus some gummy sort of sweets.  Very nice. 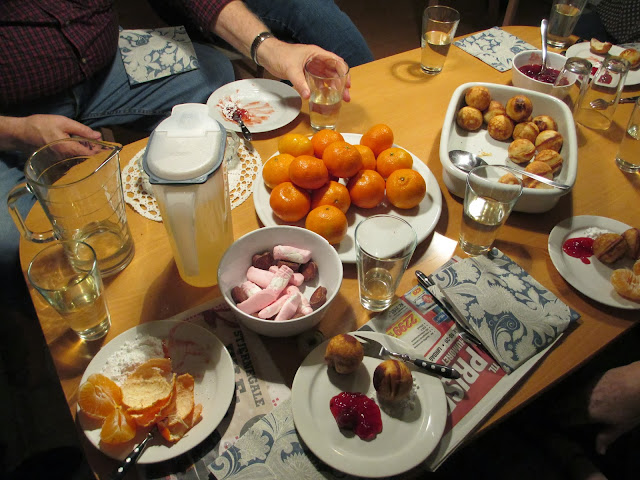