Gift is the word for married in Danish.  Today we had a couple come over Germany to be married in the temple.  She was born in Columbia but has lived in Germany since she was 4.  She went to visit relatives in Salt Lake when she was 14 and joined the church.  She returned to Germany and met a boy in the church.  She waited for him on his mission and now a year later they are married.  Germany makes it very hard  for mixed marriages so they took the train from Munich with his parents and little sister and were married and sealed here tonight.  Jim gave them the discussion before and then another sealer who already has government permission  performed the  marriage/sealing  in German.  Jim can seal couples who are already married but until he gets permission from the state he can't marry people in Denmark.
Apparently there is a city on the border of Denmark and Germany that makes a real business out of such mixed culture marriages.  It was great they made the effort to come the 6 hours on train for a temple marriage. 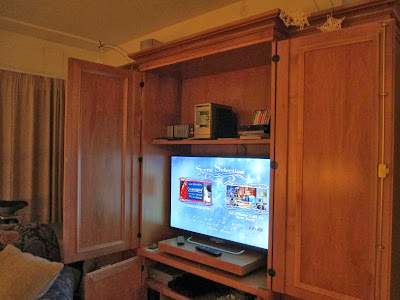 We also enjoyed a traditional gift and got a new TV.  Now if we were just smart enough to work it.
Posted by Mom J at 1:22 PM