Our weekend was so full, I didn't get to share our fabulous Saturday in the temple.  Moroni beckoned many and we worked at capacity on Saturday.  It was Malmo's Stake Temple Day and they had a great turnout including many temple workers.  We had about 40 workers.   We had two full sessions plus five extra on the 12.00 session. Both sealing rooms were going all day and there were  full initiatories.  We had many to the baptism and to top it off, there were two who received their own endowments. 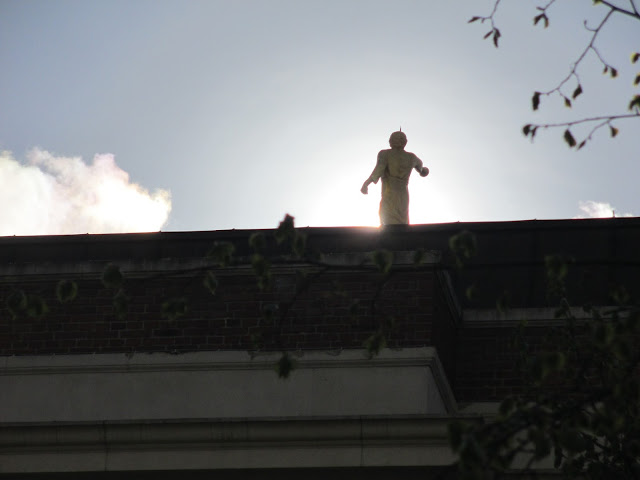 Sis. Petersson is from South America, married a Swede and joined the church a year ago, alone..  Elder Ravn is from Denmark going to the Manchester England Mission. We ran the session in Swedish and they both ended up listening on earphones.
A cute sister missionary( Siems)and her family came from Germany on Wednesday.  She received her endowment and then they spent the rest of the week coming to the temple.
David Barrett who was converted slightly over a year ago by a buddy in the army, also received his endowment this week.  He has a strong testimony, a beautiful wife and several tatoos  He is the Sunday School President in our ward.  We are so pleased for them.  They are just waiting for a temple clearance to be sealed in the temple.  Hopefully it will come before their baby who is due in the summer.
Posted by Mom J at 11:25 AM