We spent the day in the temple putting things back in order. We worked around the cleaners and finally had to let some things go until tomorrow.  Sis. Densley from American Fork finished putting the mural in the baptistry back up.  We had to take it down as there were several folds showing up.  It was because of the backing they put it up with.  But there were a couple of cracks in the wall that were repaired and it looks perfect again.  We were not here to actually see it off the wall.  Just as well, we were both nervous about it.
I did get a chance for a bike ride down by The Lakes today and checked on the  mother swan sitting on her eggs. We found her last week while biking with Brian and Elizabeth. Wonder if it is the same one from last year, just moved to the next lake. 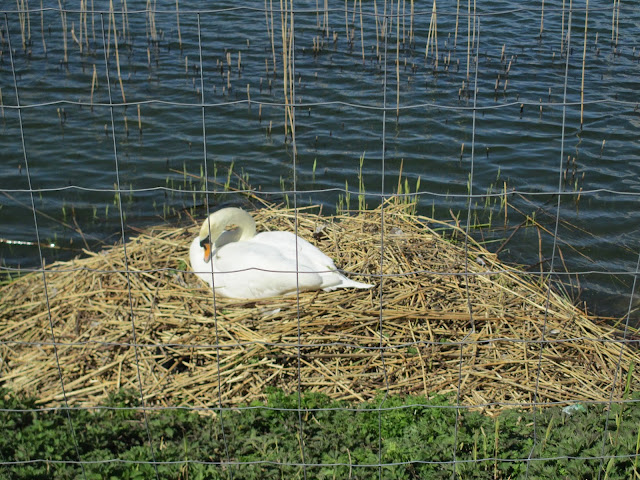