A Bit of History

As World War II was winding down, the Allies decided to take out the Gestapo Building in Copenhagen.  The only problem was that there were Danish Prisoners of War on the top floor.  Careful plans were made and they figured they had the capability to come in through the side and save those on the top floor. . Unfortunately, one plane crashed during the early part of the mission into a Catholic Elementary School.  Subsequent planes thought the smoke was from the original target area and continued to bomb it.  It was a tragic accident, but the parents and those involved were very kind and forgiving. Only two of the prisoners died, and the Gestapo was completely destroyed. 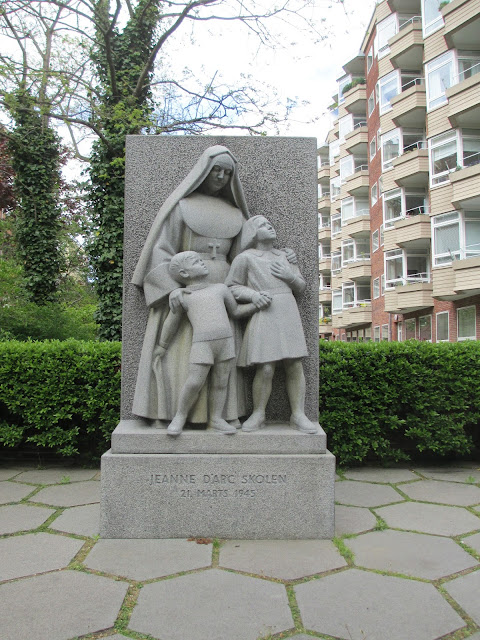 I have been looking for the monument and found it today on Frederiksberg Alle where the school originally stood. 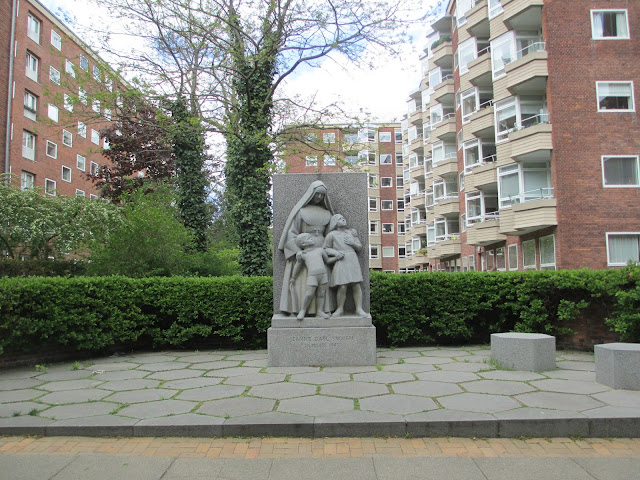 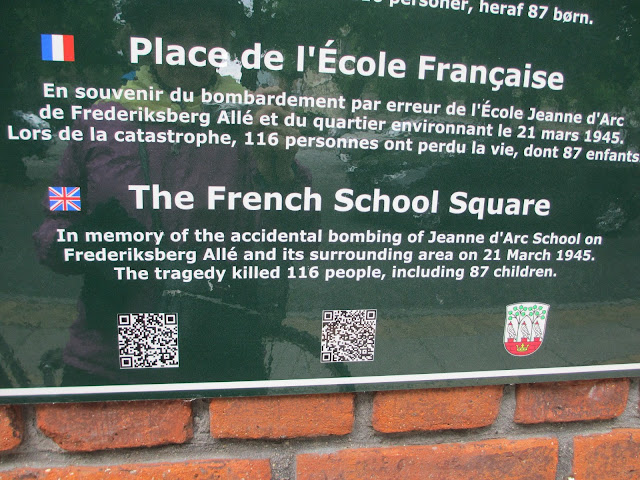