One of the fun parts about serving in a small temple is that you get to talk to almost everyone that comes in.  It is amazing the connections you  find with people. 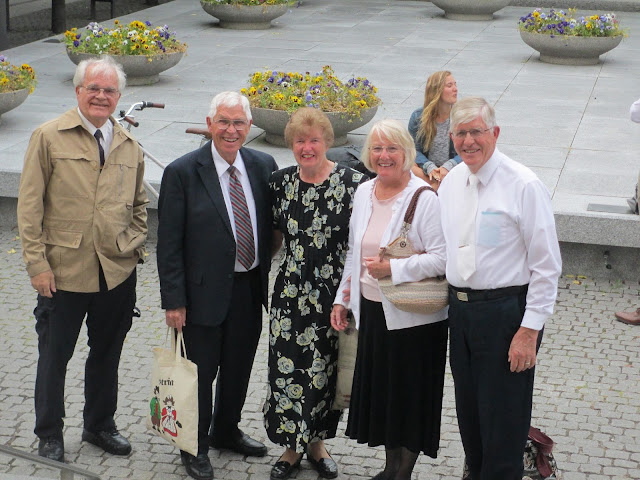 These are the Rust brothers and their wives.  We lived in the same ward as their  oldest brother, Richard in  Durham, North Carolina 45years ago.  When Richard went on a year's sabbatical, Jim took his place in the bishopric.
Steve Clawson, true to his generous nature,  has taken them under his wing and shown them around. 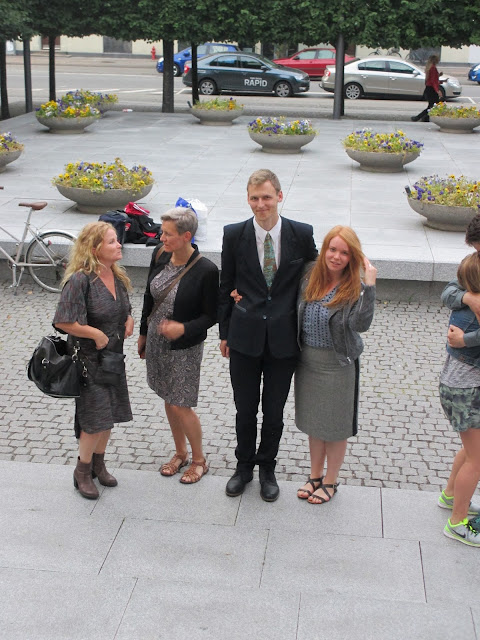 Benedicte Klein (on the right) was my first visiting teaching companion.  She received her own endowment tonight in preparation for her marriage in a few weeks to Axel.  Axel's stepmother is the daughter of some great people we met in England when we were at the MTC.
Posted by Mom J at 2:09 PM