We finally have some concrete answers and plans.  Jim has arteriosclerosis in three arteries which will require bypass surgery.  His heart is also not functioning up to normal capacity, which is because of the shock it has had from the attack and probably from the literal shock paddles. And there are signs of fibrillation which may have caused the whole incident.  Having said all that, he feels great and looks super.  He has his computer which is cutting down on the boredom. 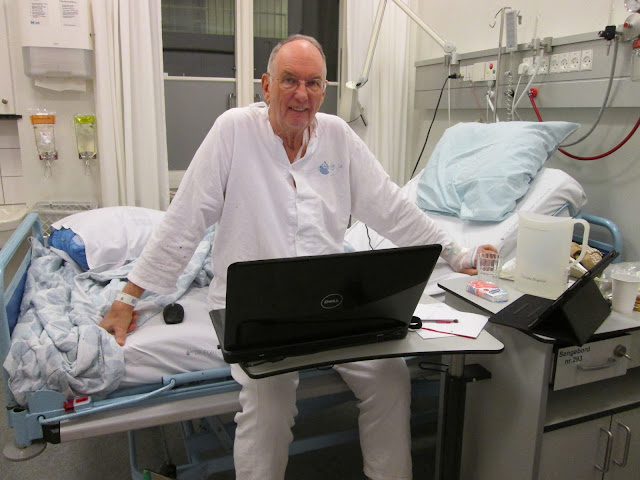 The plan is for surgery next week, at least a week in the hospital recovery, possible insertion of a cardio defibrillator intravenously, maybe another week or two of rehab and then home.  If you were a Danish citizen they wouldn't let you fly for two months, but with foreigners they have a different insurance set up.  He said they have quite a few that come off the cruise ships...Until the surgery Jim will enjoy his hospital stay......  Check out the great pants and shirt, very comfortable.
So we will for sure be home for Christmas! 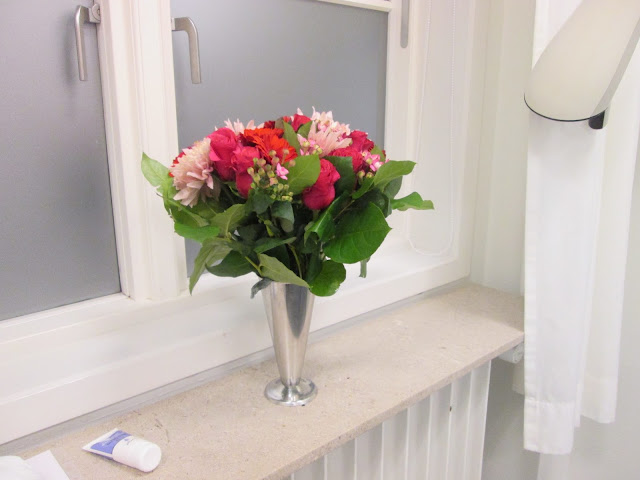 Air France and KLM, whose counter Jim collapsed in front of, sent these lovely flowers, very nice.
Posted by Mom J at 1:28 PM