I went to the airport today to make sure of arrangements for our flight tomorrow.  Kenneth, the agent who was helping us three weeks ago was on duty.  It was a very sweet reunion.  He had really been effected by the incident and apparently it has been the talk among the workers since.  He was pretty emotional and so nice, as was everyone. 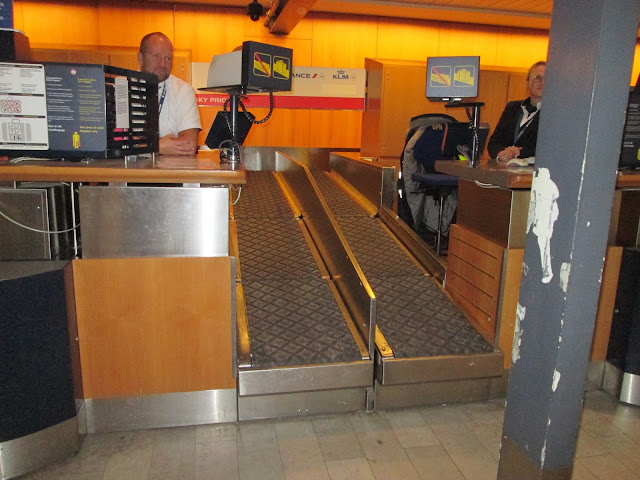 This is the exact place Jim collapsed, hitting his head on the conveyor belt. 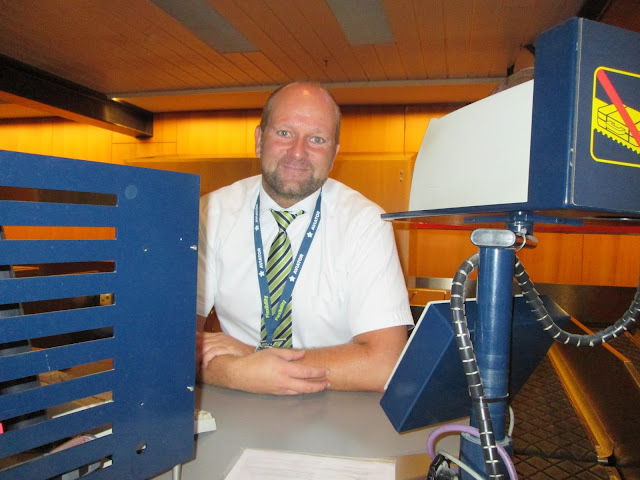 I was so glad I was able to connect with Kenneth again and reassure him that we were fine. 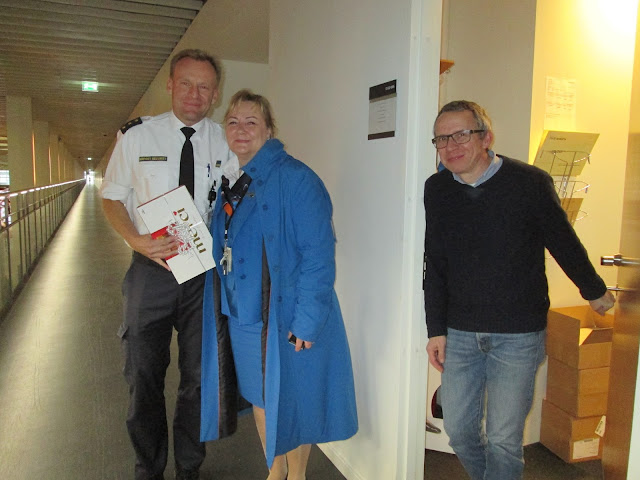 I also talked to KLM and thanked them for the flowers they sent and gave candy to the Security People who were so kind to take care of our luggage and deliver it to the apartment.  People were so nice and happy to have some feedback.