Today we went to Kronborg Castle in lovely clear weather.  We drove up along the ocean and had a great view of Sweden.  We caught an English tour at the castle and learned some great new interesting facts about the castle.  It was the home of Frederik II and Sophie of Mechlenberg.  Frederik had been very successful in battle, but at 36 decided it was time to marry.  He chose a girl from Mechlenberg and in the wedding entourage Sophie, who was 14 came with her parents the Duke and Duchess of Mechlenberg.  When Frederik saw her, it was instant love.  He send the other girl home and married Sophie and they lived happily every after.  They had 7 children, one of whom was Christian IV who became a major force in building Denmark's major landmarks and buildings. 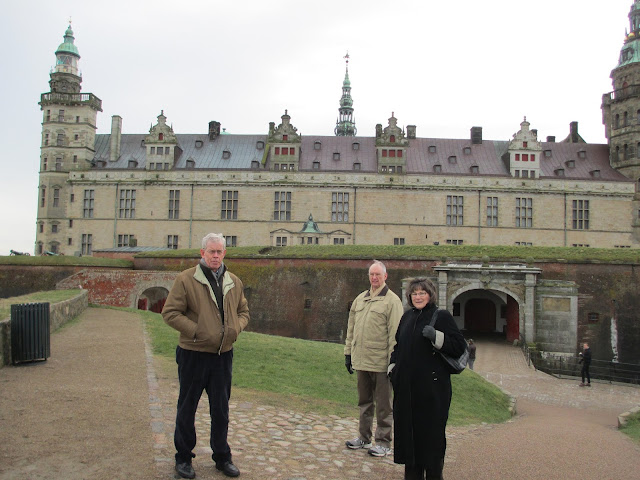 This amazing table canopy tapestry was a wedding gift.  I was taken by Sweden as war spoils and is on loan back to Denmark till or thru  2016. 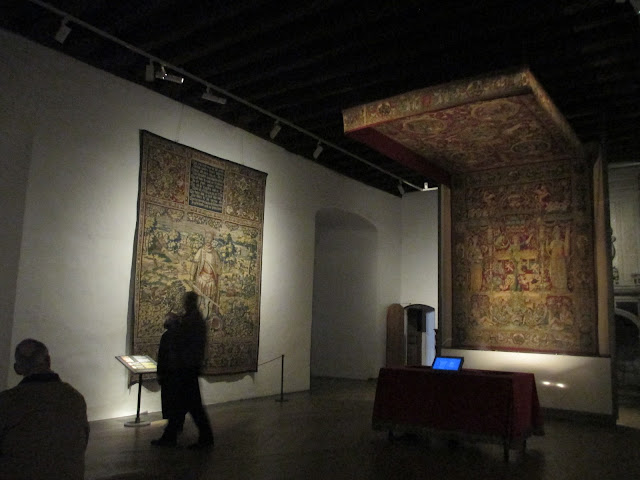 And who doesn't need a trip to the candy store.