In church today we met a darling couple.  She is from Arizona and he is from Denmark but attended Utah State.  A friend of a friend lined them up on Facebook after he had gone back to Denmark.  They connected, Skyped, visited and were married last Summer.  He is in the Danish Army and going to Afghanistan so she is going back to Arizona while he is deployed.
He has been at the Military Academy here in Copenhagen which is located in the Fredericksberg Slot or castle and took us on a private tour today.  It was built in the mid-1800's when the Crown Prince visited Italy and loved the art and achitecture.  He asked for 14,000 crowns which would have only built two rooms, but his father died soon afterward and he became king and finished it the way he wanted.  It has been added onto and now looks like this. 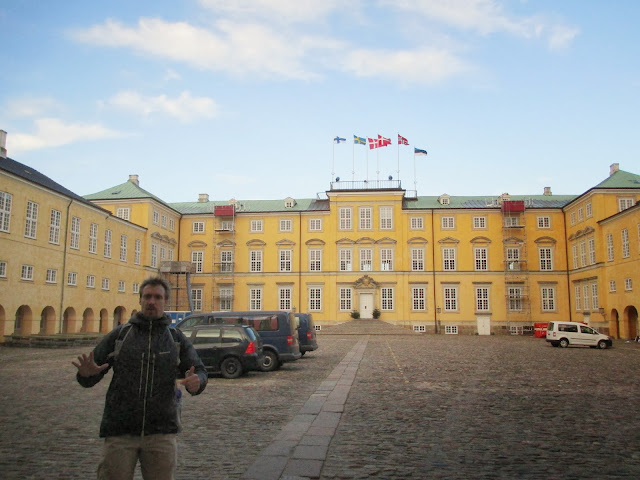 We climbed to the top where the flags were and enjoyed this great view of  Copenhagen. 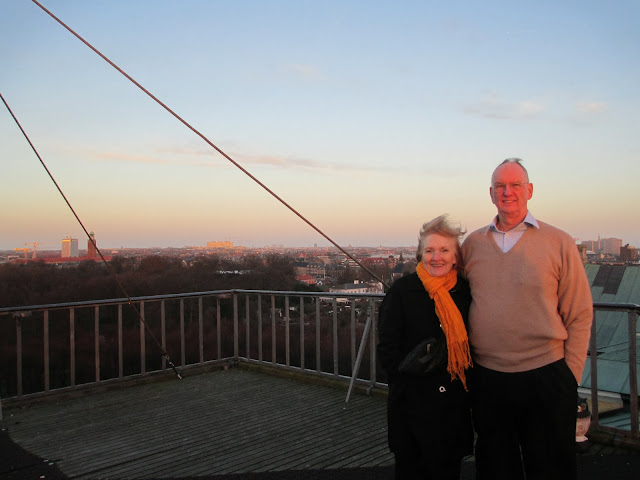 Yes, it was cold and windy.  Jim's coat was in the castle while we climbed the 200 stairs to the top. 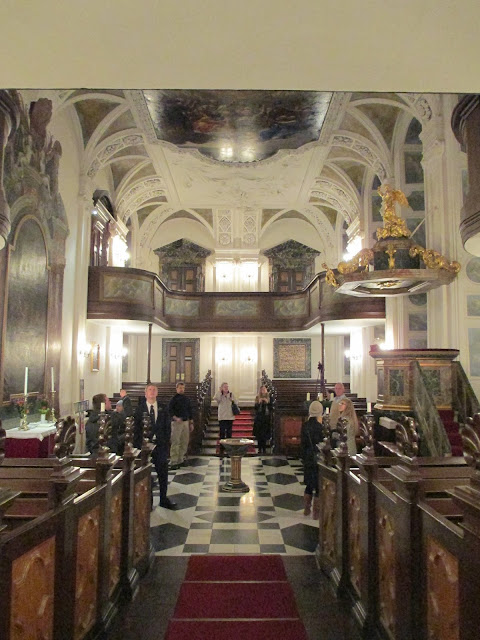 The chapel which was dug two meters deeper so they could have a high church ceiling. Still in use every week. 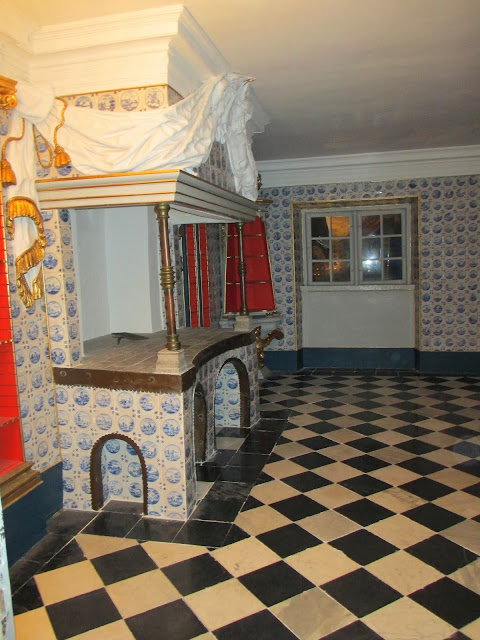 The princesses Pancake house.  It started out as a little room where the queen could go and play peasant, but eventually became a playroom for the princesses.  All the tiles are hand painted from Royal Copenhagen.
We were so pleased to be taken on the tour, the academy is seldom open to the public.
Posted by Mom J at 12:44 PM