Stockholm is the home of the Nobel Prize Awards. Since 1901, the Nobel Prizes have been presented to the Laureates at ceremonies on 10 December, the anniversary of Alfred Nobel's death. As stipulated in the will of the Swedish-born inventor and international industrialist Alfred Nobel, which was opened after his death in 1896, the Nobel Prizes in Physics, Chemistry, Physiology or Medicine and Literature are awarded in Stockholm, Sweden, while the Nobel Peace Prize is awarded in Oslo.The Prize Award Ceremony in Stockholm has, almost without exception, taken place at the Stockholm Concert Hall (Stockholms Konserthus) since 1926. The Ceremony is followed by a banquet at the Stockholm City Hall (Stockholms Stadshus) for about 1,300 people.
This The Stockholm City Hall  where the banquet and dance take place. 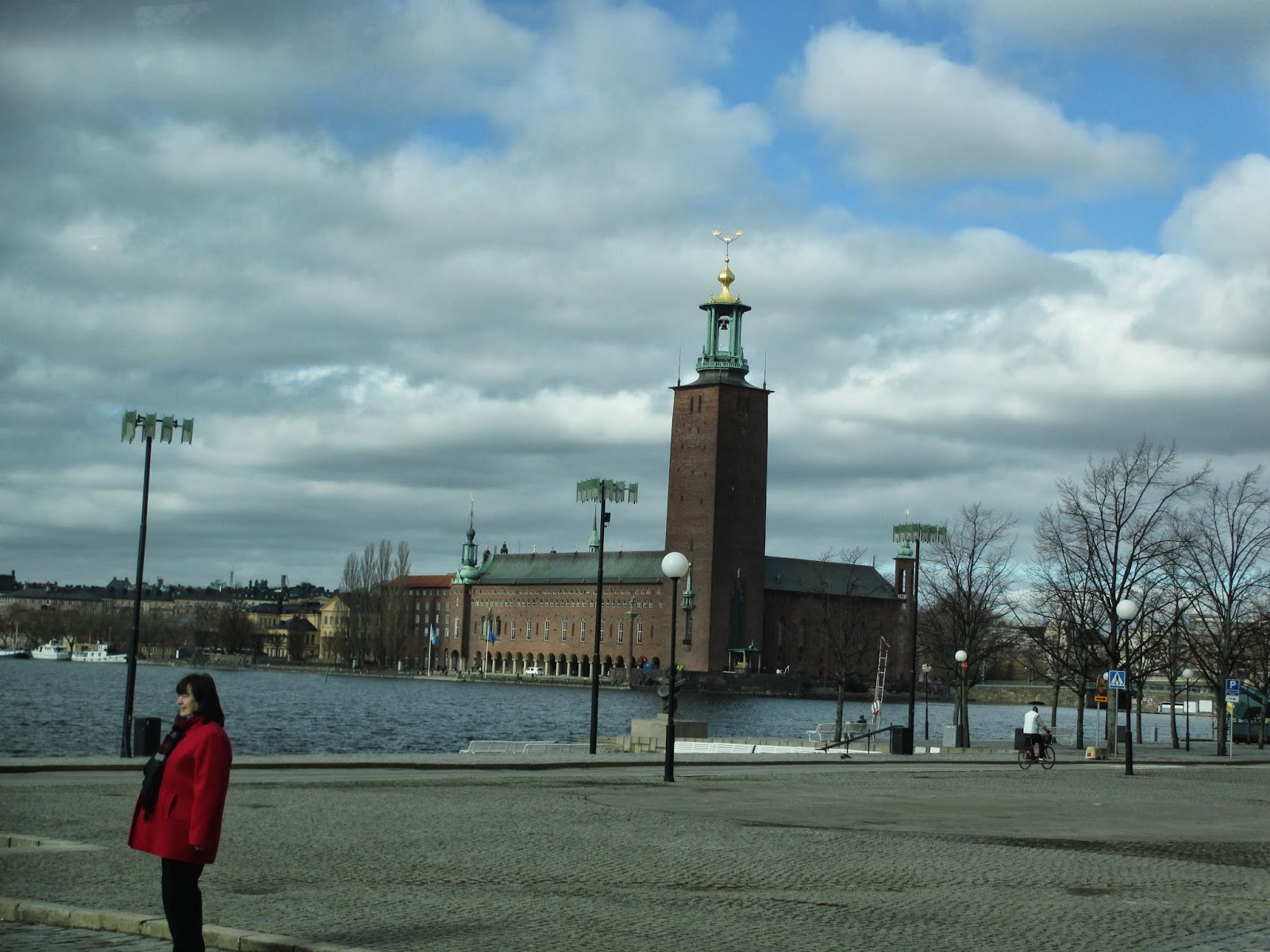 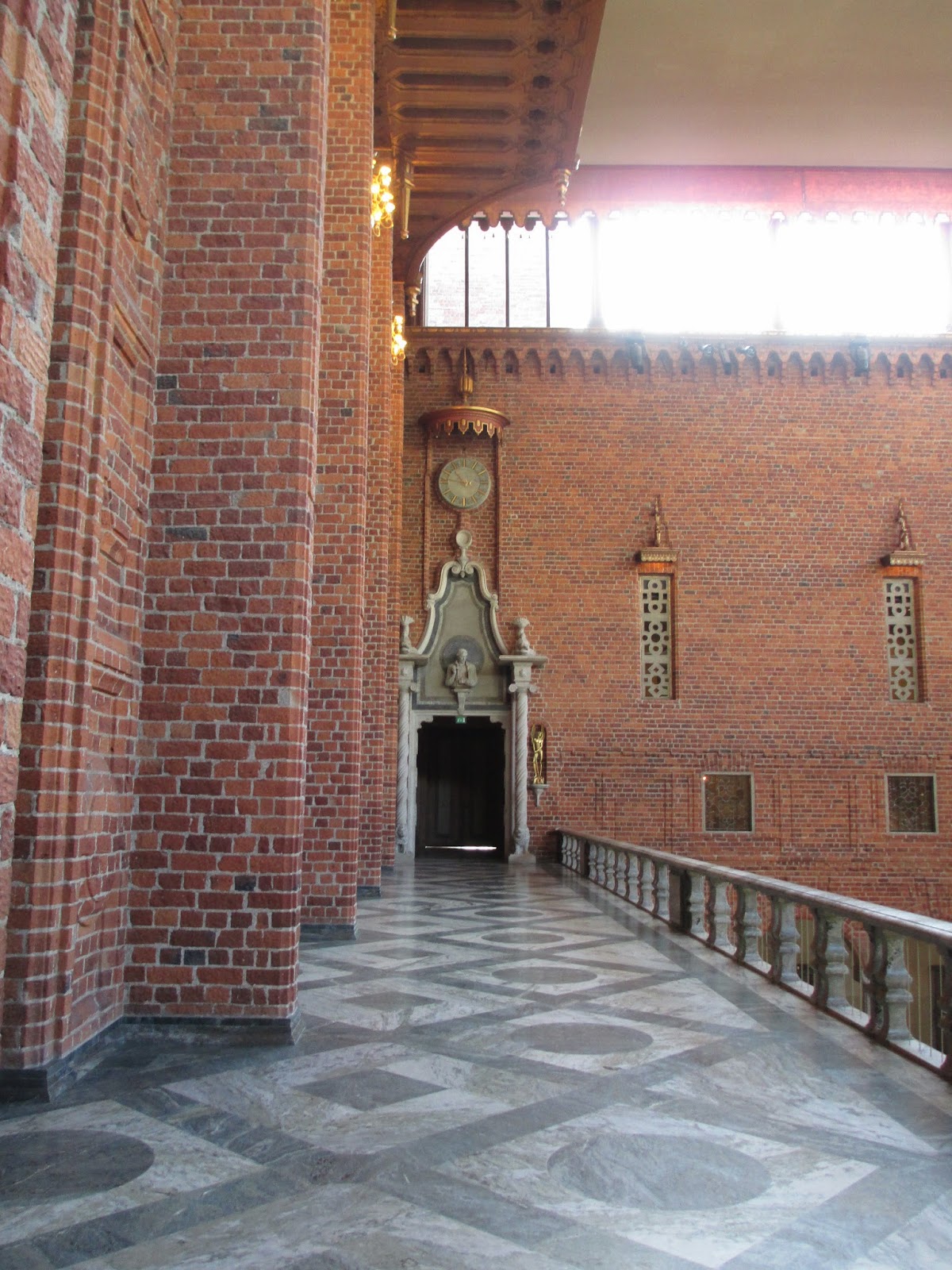 Walk down these stairs specifically researched and designed to be the most comfortable for such an occasion, to the banquet for 1300 people in this room.  Each person has 60 cm(24") of space at the table.
This is a 3 minute video of the banquet from set up to the end.
http://www.nobelprize.org/mediaplayer/index.php?id=1796 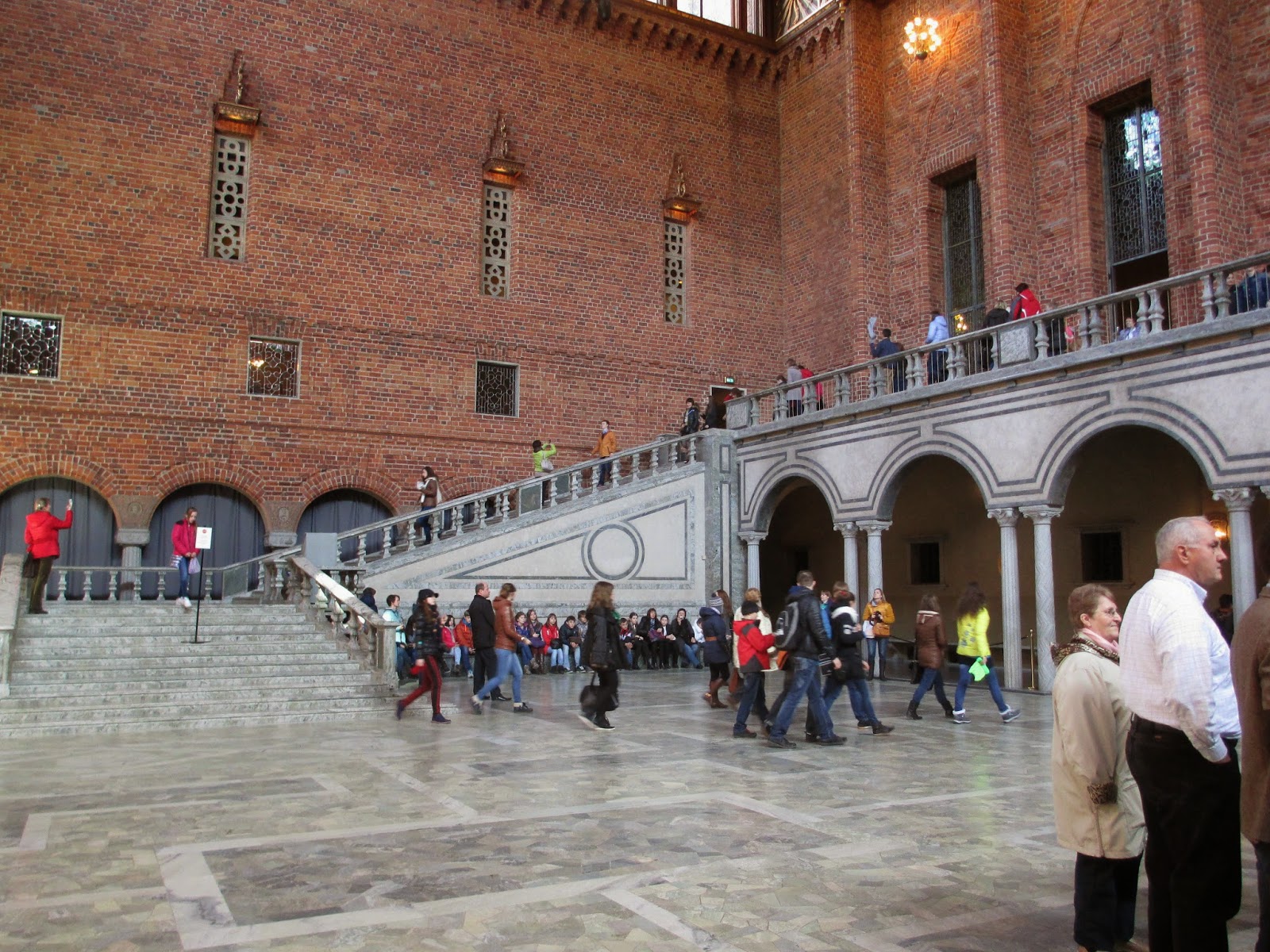 After you would go up the stairs to the gold room for dancing.  The room is mosaic tiles made of a thin 24 C sheet of gold between two plates of glass, tricky to photograph 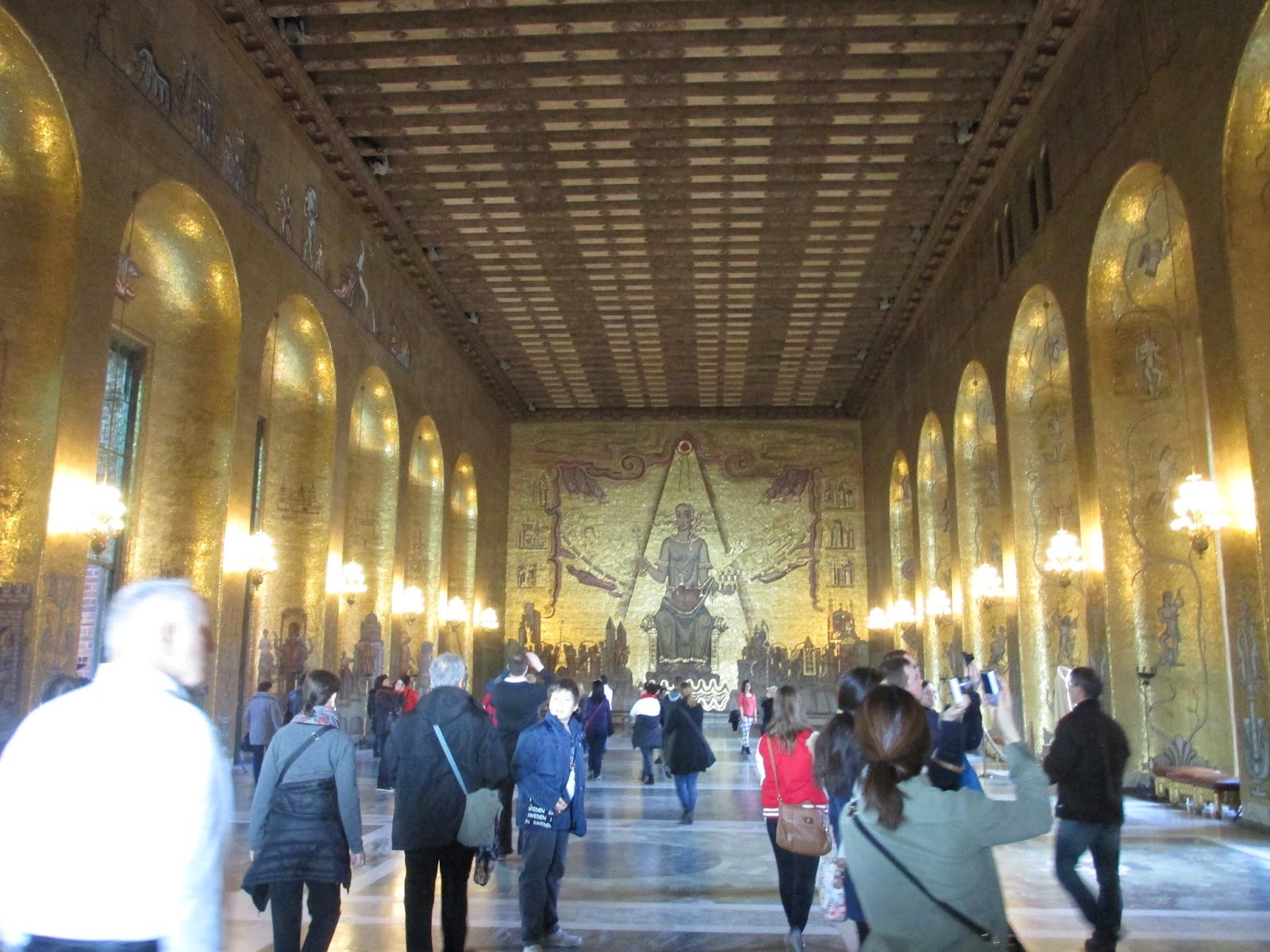