One of the main Stockholm Attraction is the Vasa Museum.
The Vasa Museum displays the only almost fully intact 17th century ship that has ever been salvaged, The 64-gun warship Vasa  sank on her maiden voyage in 1628. The Vasa Museum opened in 1990 and, according to the official web site, is the most visited museum in Scandinavia. 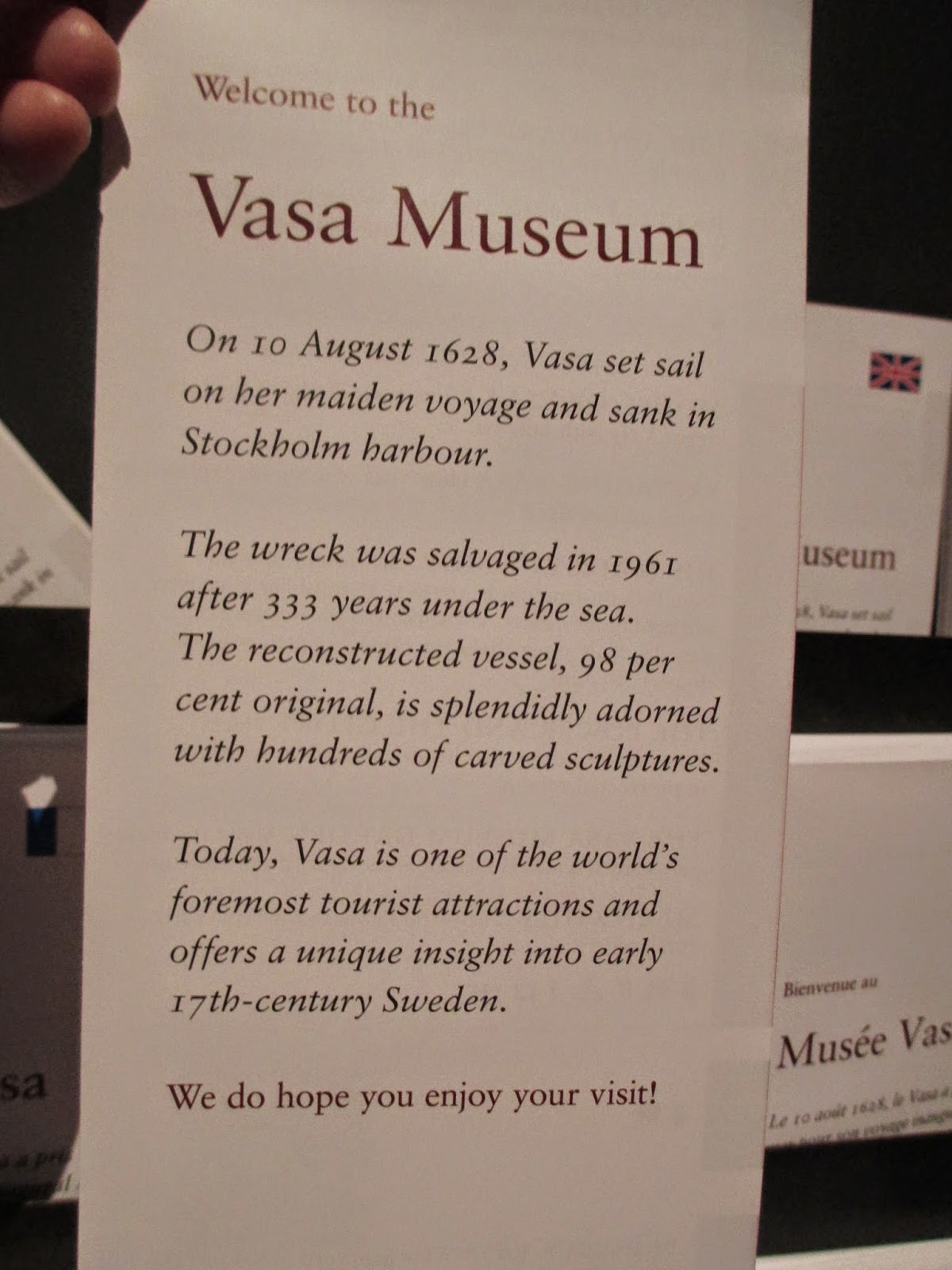 The ship was christened, sailed into the harbor, 800 meters, gave a 20 gun salute, listed to the side, the water came in the open cannon holes, filled up the ship and it sank. 30 of the 450 people died.. 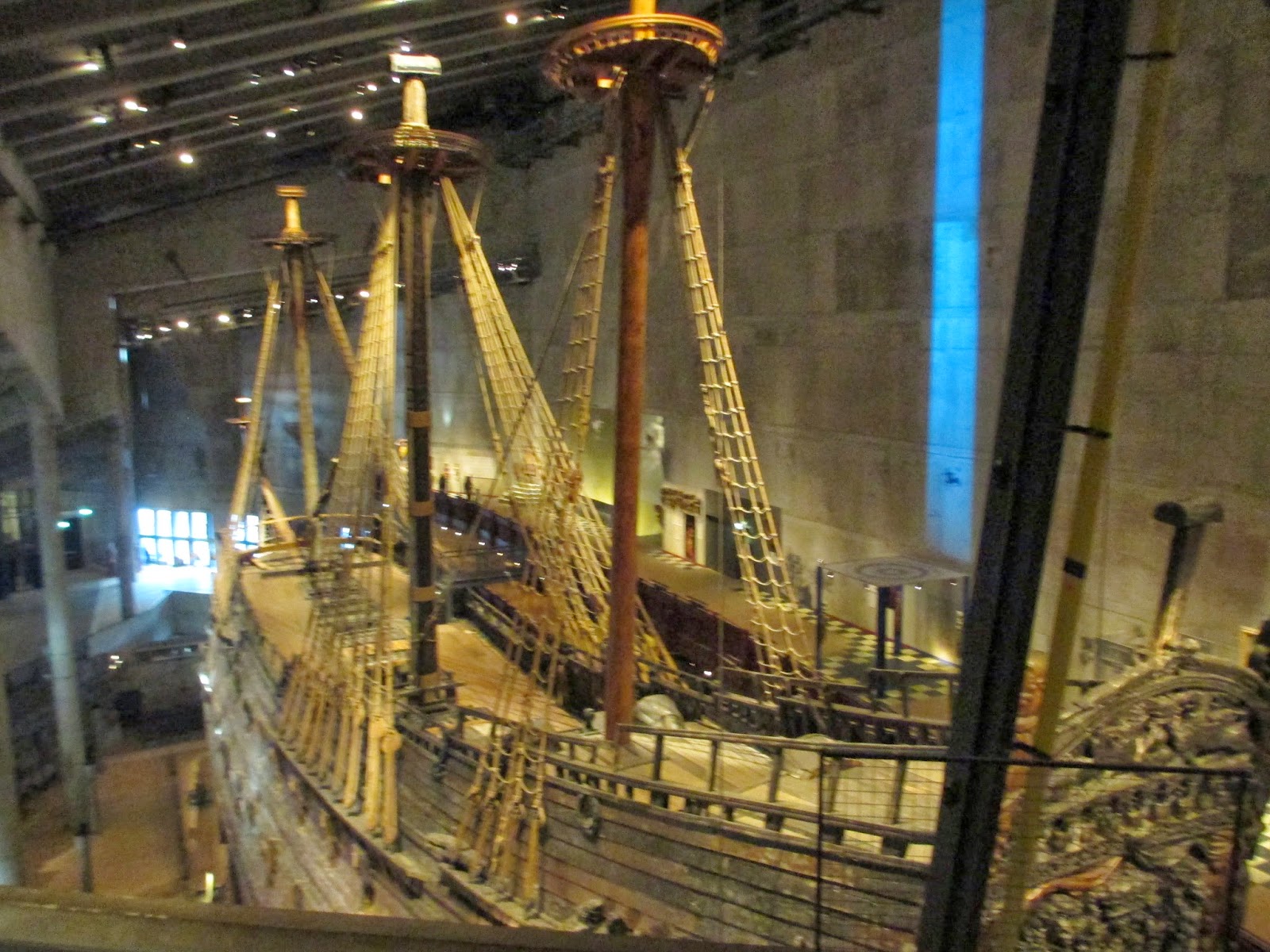 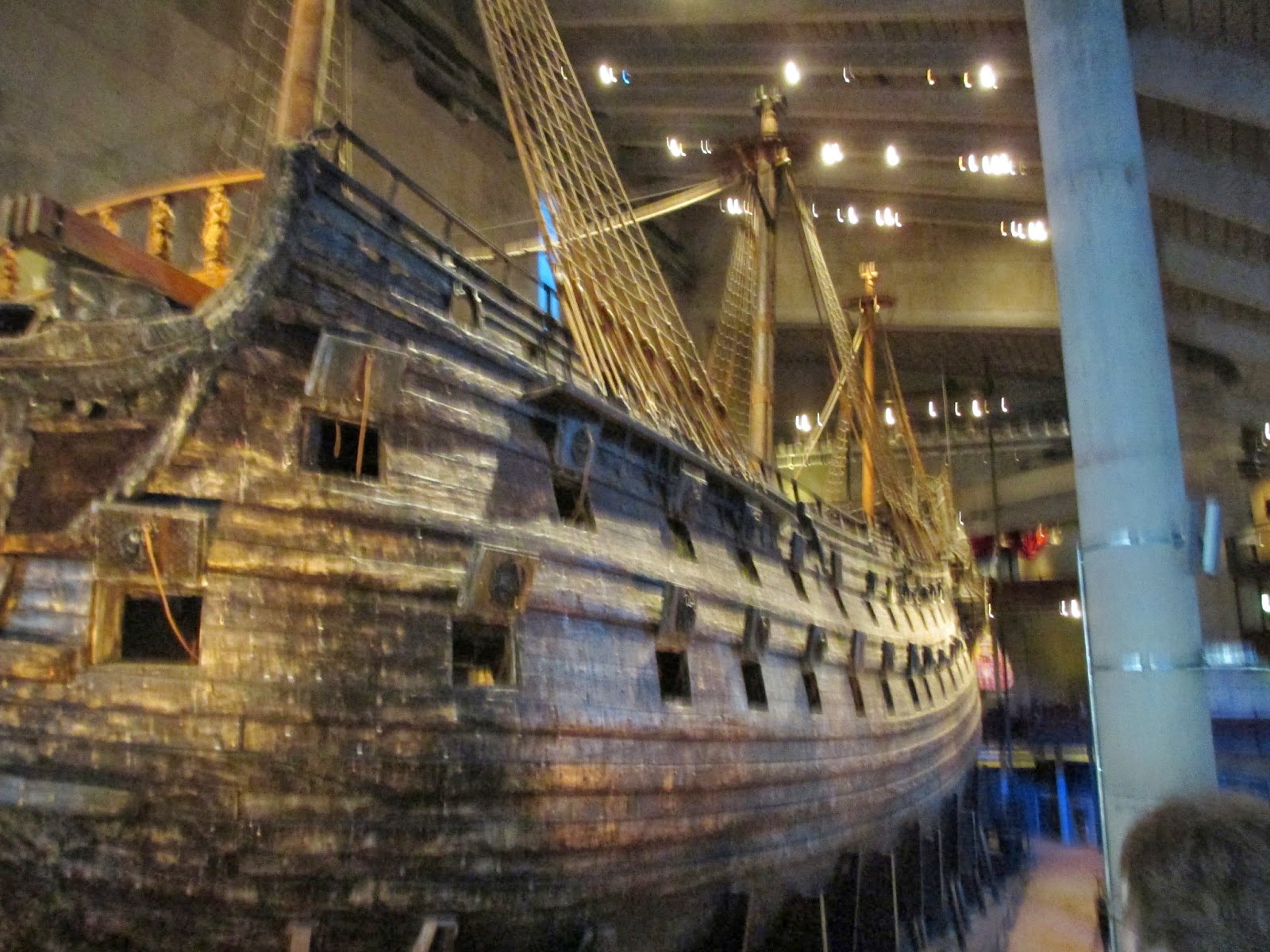 In 1961 it was rediscovered and brought up from the bottom.  Since then it has been sprayed with propylene glycol which permeated the wood and replaced the water and permanently preserved it.  Well at least for a long time. 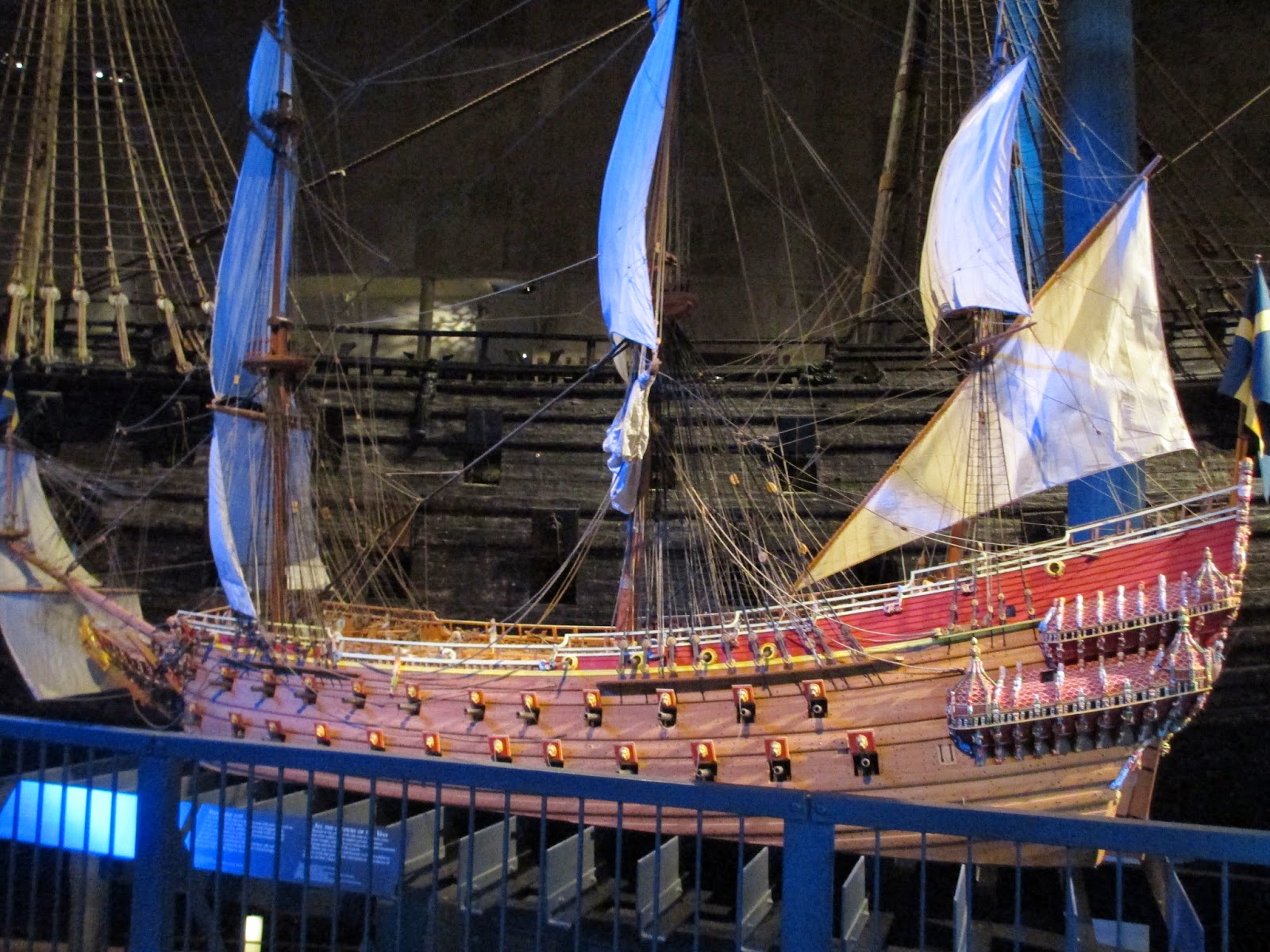 After extensive research and putting together artifacts, this model is what the original ship looked like.  It was commissioned by the king and elegantly decorated with many colorful carvings.