The Knudsens live right by the Sydhavn S-Tog station.  This fun statue of a fisherwoman is just outside the station. 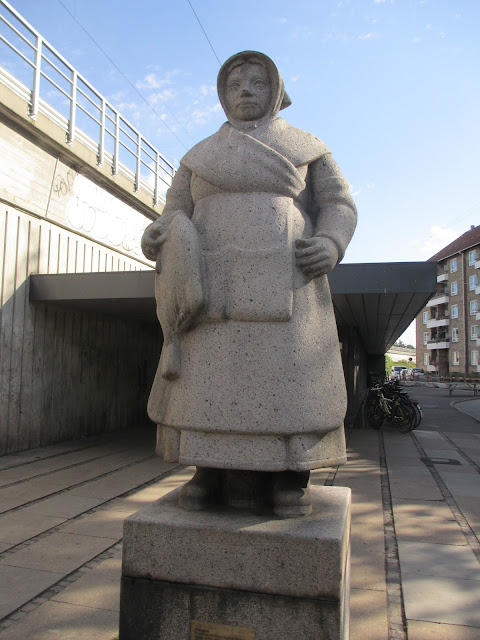 There were over 20 Senior missionaries to dinner, including the Shirtliffs who have just arrived from Texas to work with the YSA.  Great story: the couple who were supposed to come, got sick so the mission president sent an SOS letter out.  The Shirtliffs put in their papers but were turned down because he was in his stake presidency.  After a call to the stake president from the mission president, Pres. Shirtliff was released and they received their mission call three weeks later.  The work goes forward. 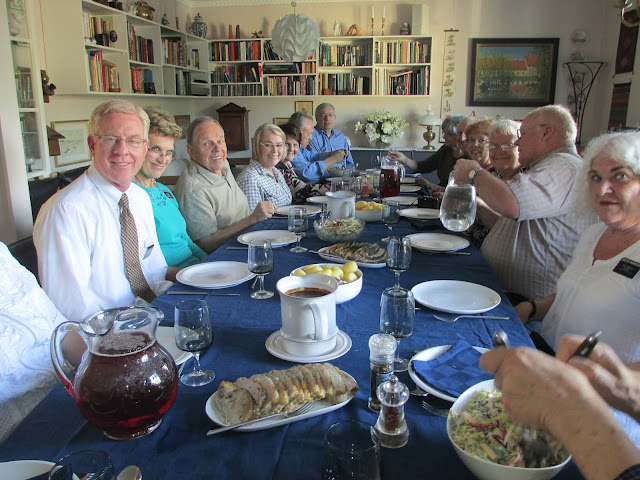 We are excited because they have worked in the Houston Temple and would like to be temple workers here when they have time.  We have had several missionary couples do this and it has been a great blessing, especially when missionary groups come in for special sessions.
Posted by Mom J at 12:43 PM