Norma and Jim Brookes work in records preservation  with Lars who is a serious historian.  At Christmas time he took us to the top of the Frederiksberg Commune tower.  Monday he took us to a WWII Bunker.  In fact this particular one was used as a bomb shelter and probably built in the early 1950's when the Cold War was on.  It is identical to the hundreds they built in 1945, just before the war ended. (who knew when it would end?)  So it may not have had much use, but it was so interesting. 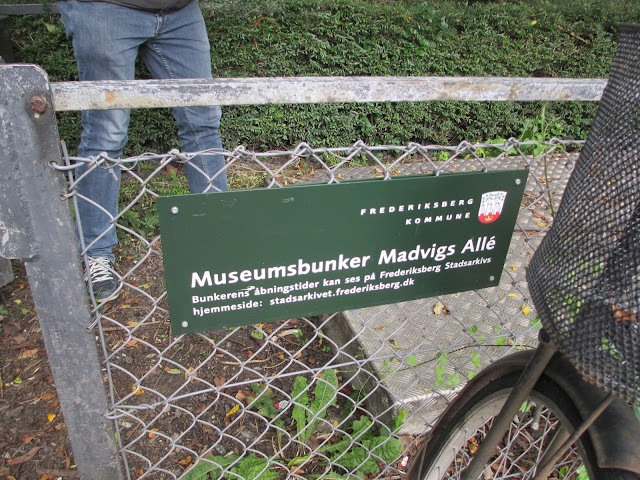 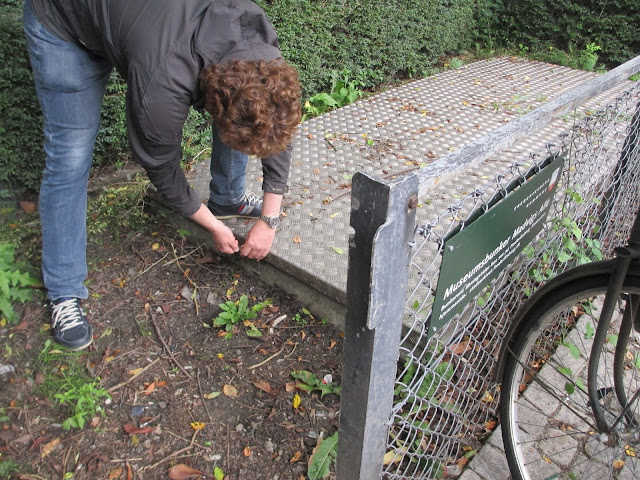 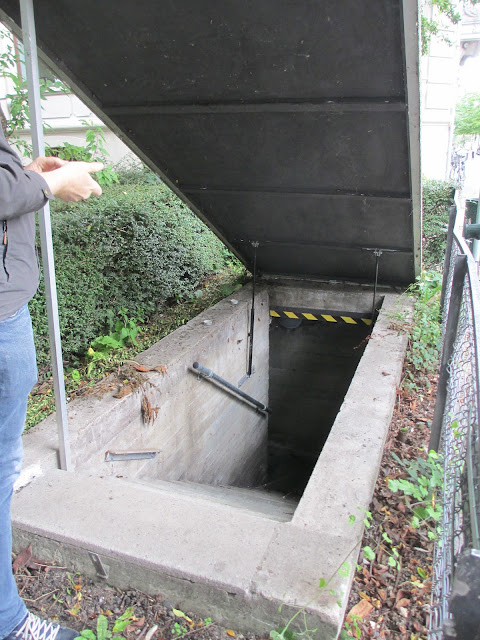 It was made to hold 50 people, mainly those who were out on the street, during an air raid.  If you were in your apartment or home, you would go to the basement. 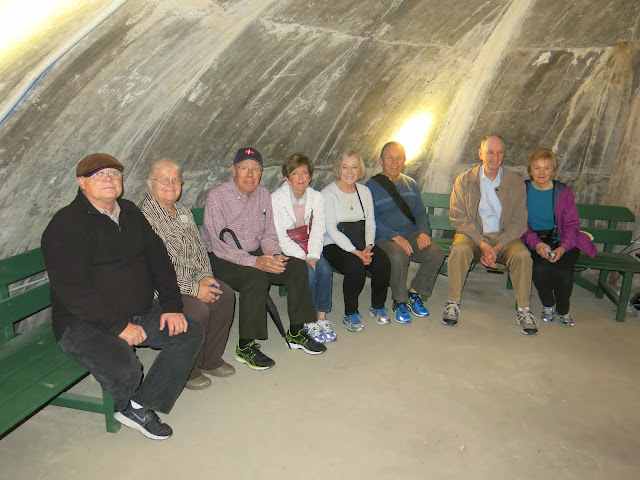 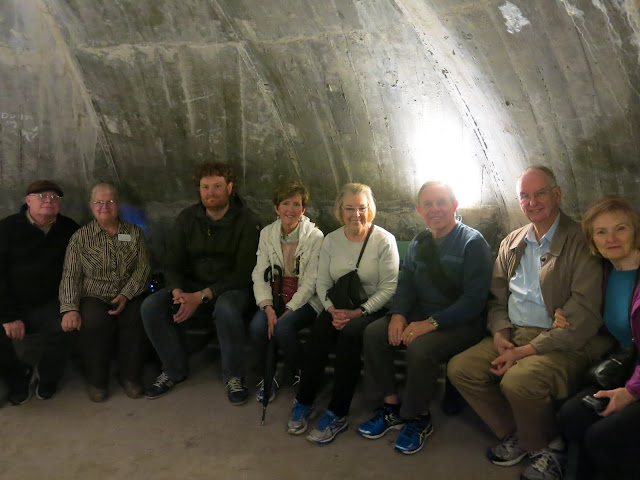 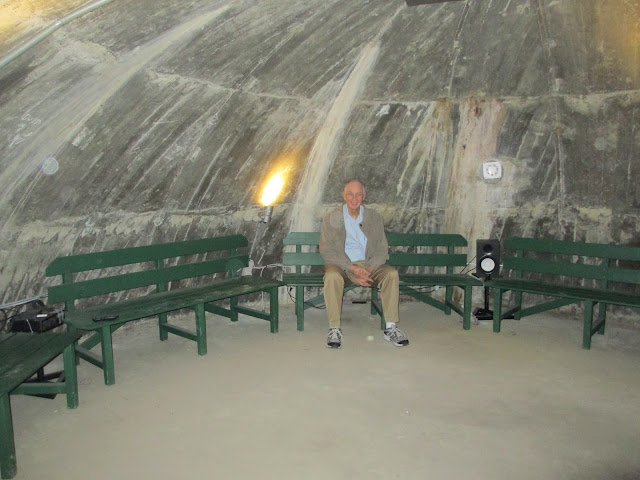 8th and 8th grade students come here for field trips and they show them a film about the school being bombed just around the corner.

WE walked to the monument afterward. 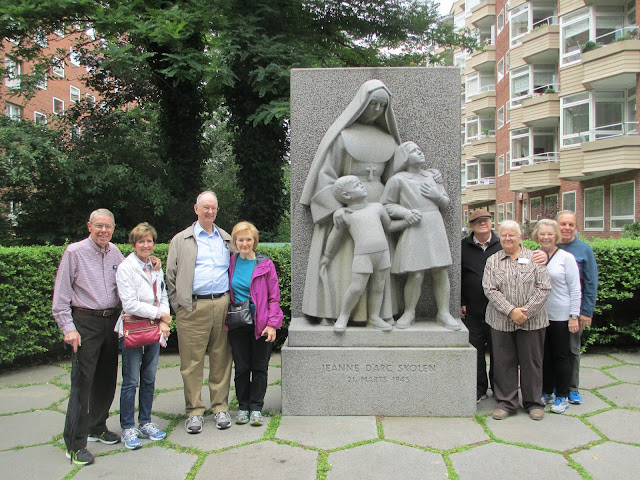