I went out in the car today on a lovely adventure.  Pam Hoge and I picked up Suzanne Hentzen and her daughter Pia and they directed us to Mindrelunden or the Ryvangen Memorial Park. It is a beatiful park commemorating the Danish freedom fighters who were executed here or elsewhere, or died in German concentration camps, during World War II 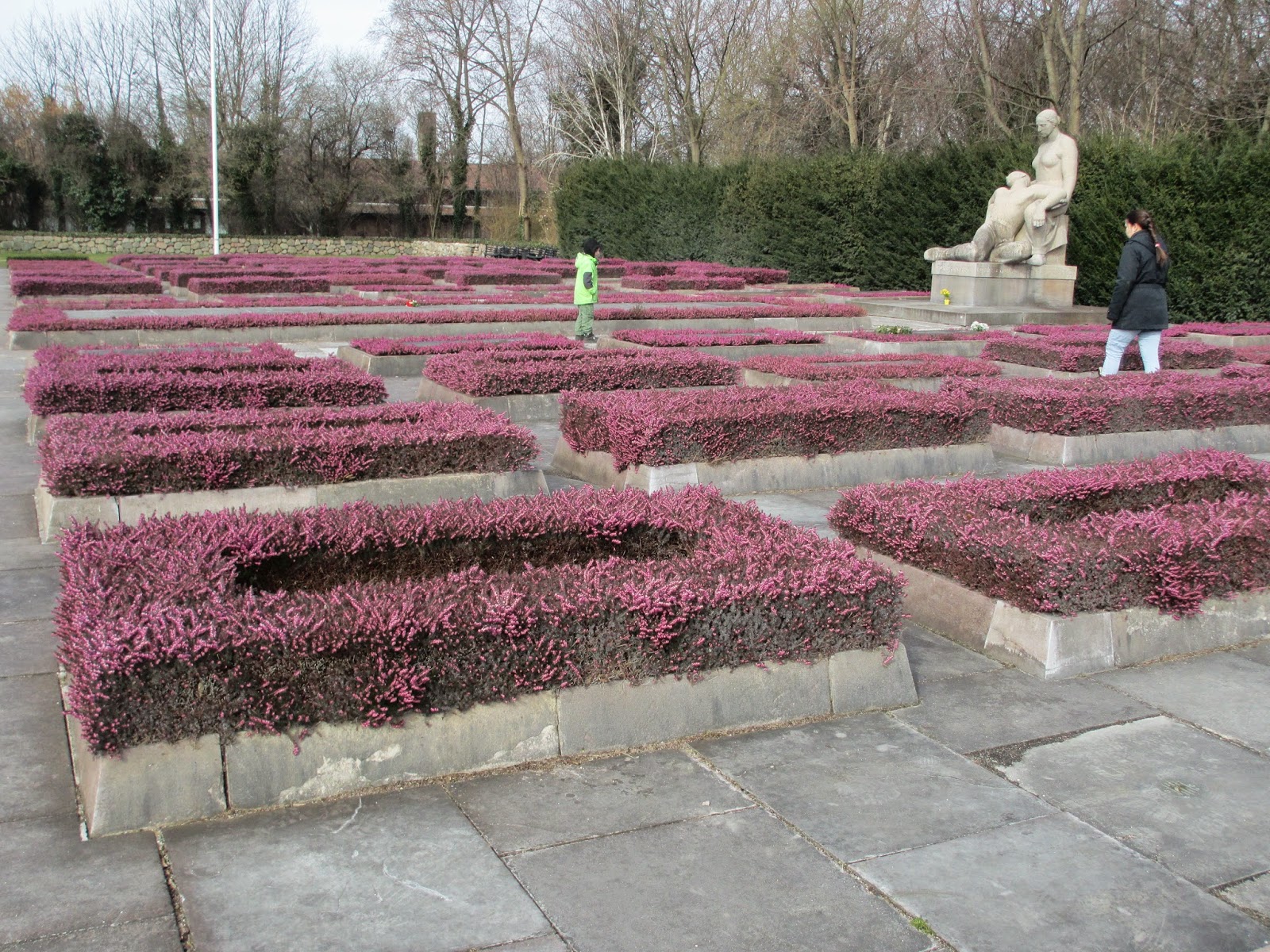 This is the Great Grave Field with the statue of a mother and her slain son.  106 people of the resistance  are buried here.
Other resistance people's names are engraved on this plaque in front of the monument, 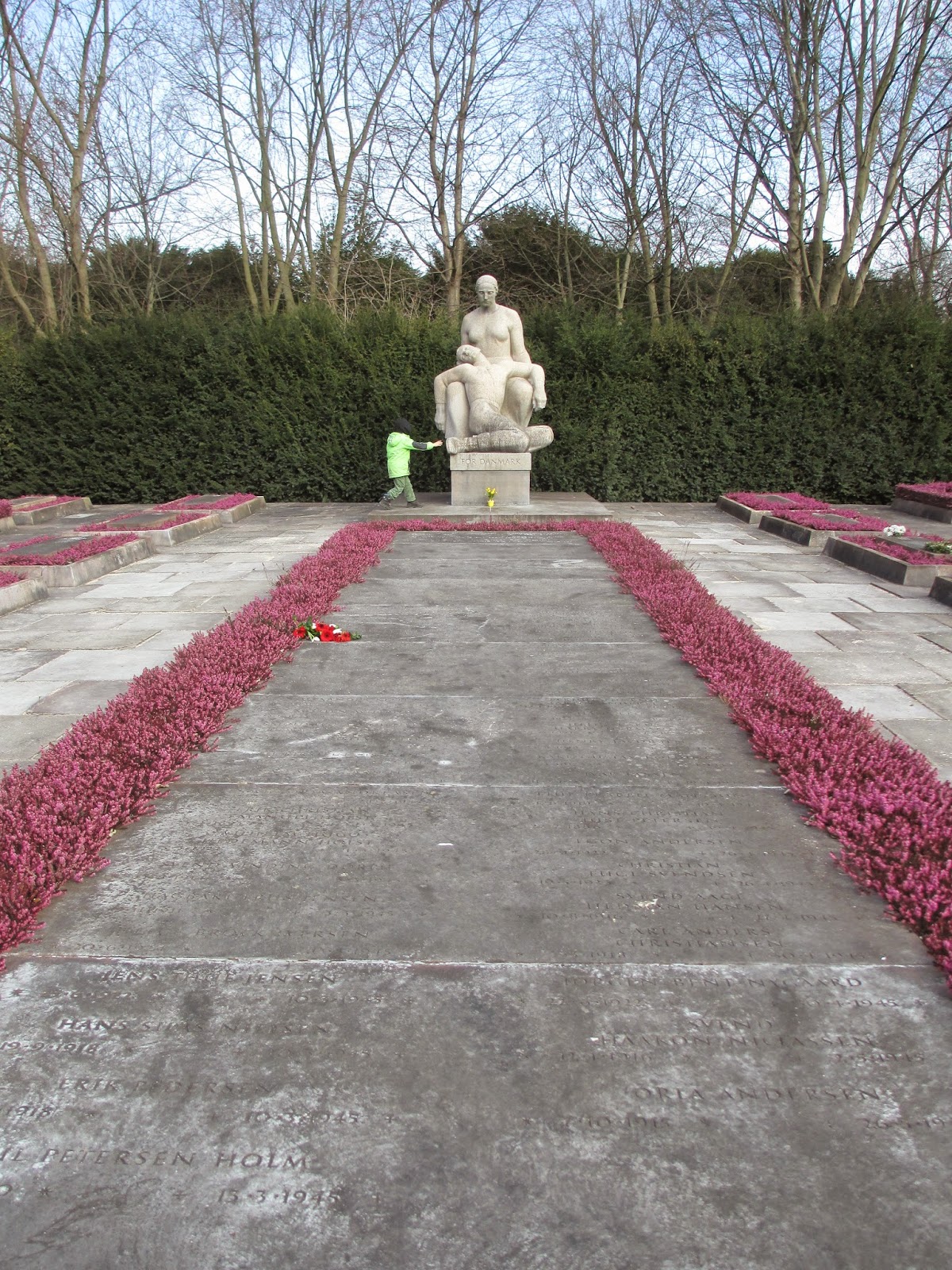 This Memorial Wall consists of plaques with the names of 151 people from the Danish Resistance, whose remains have never been found. 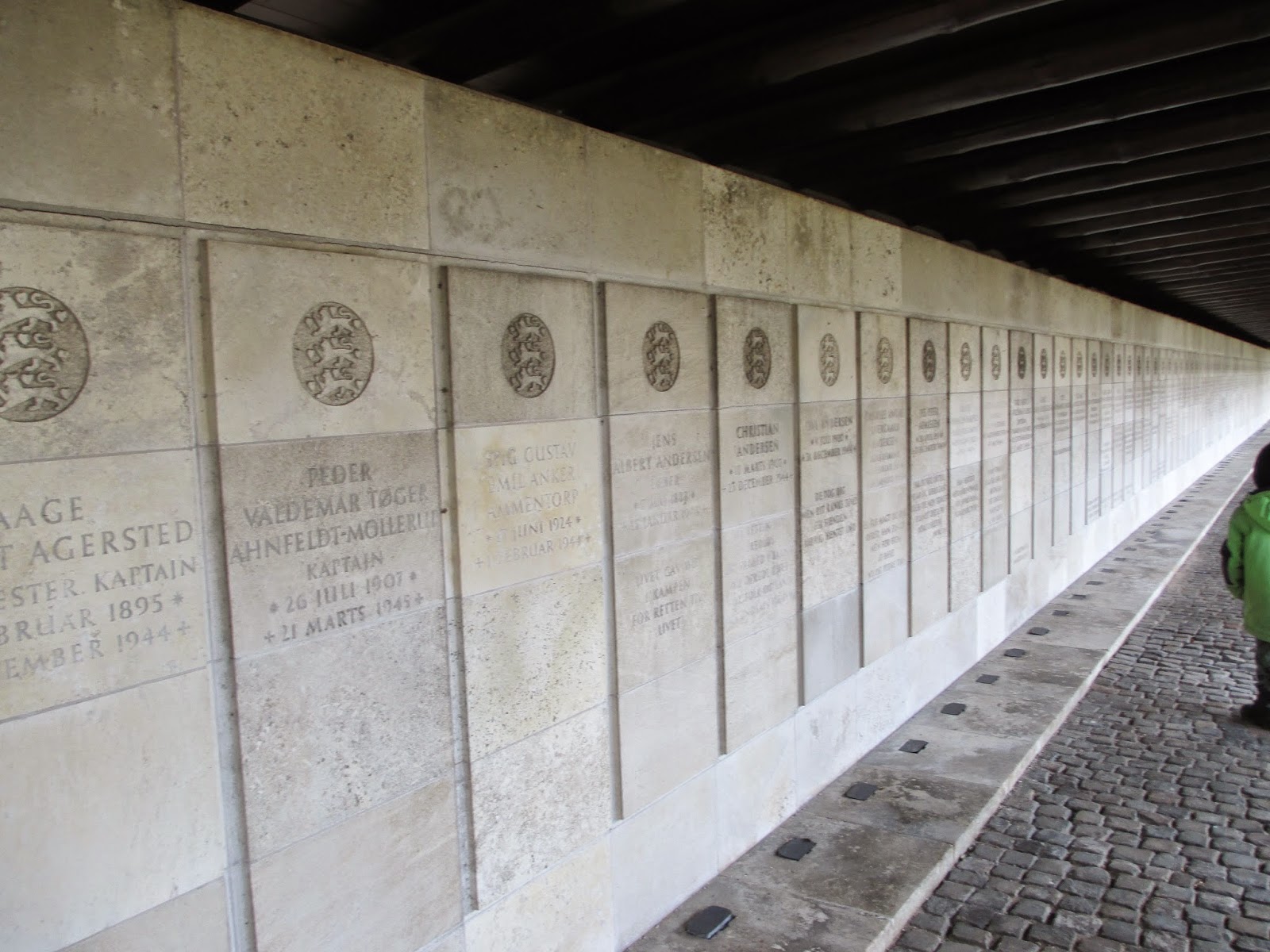 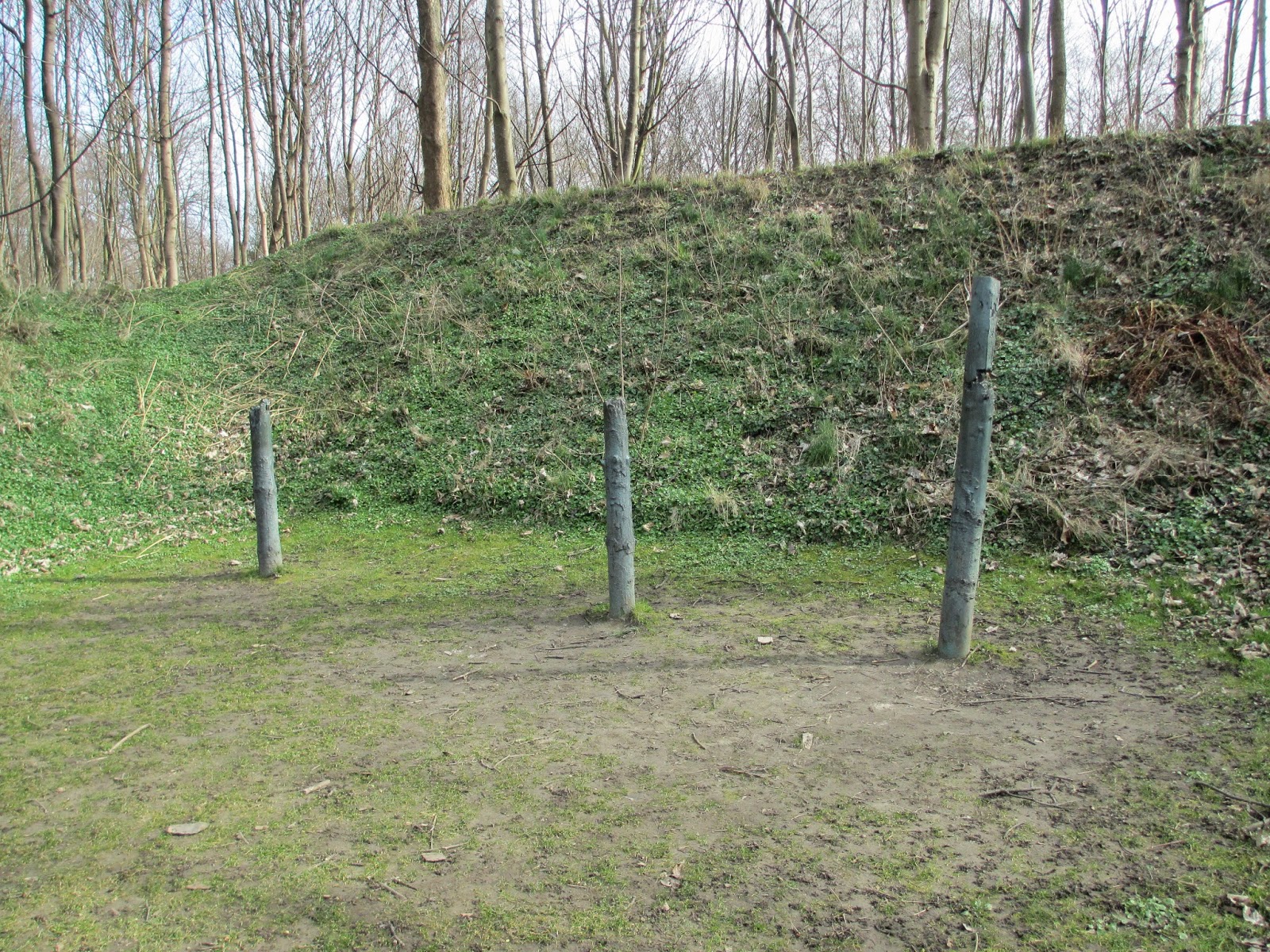 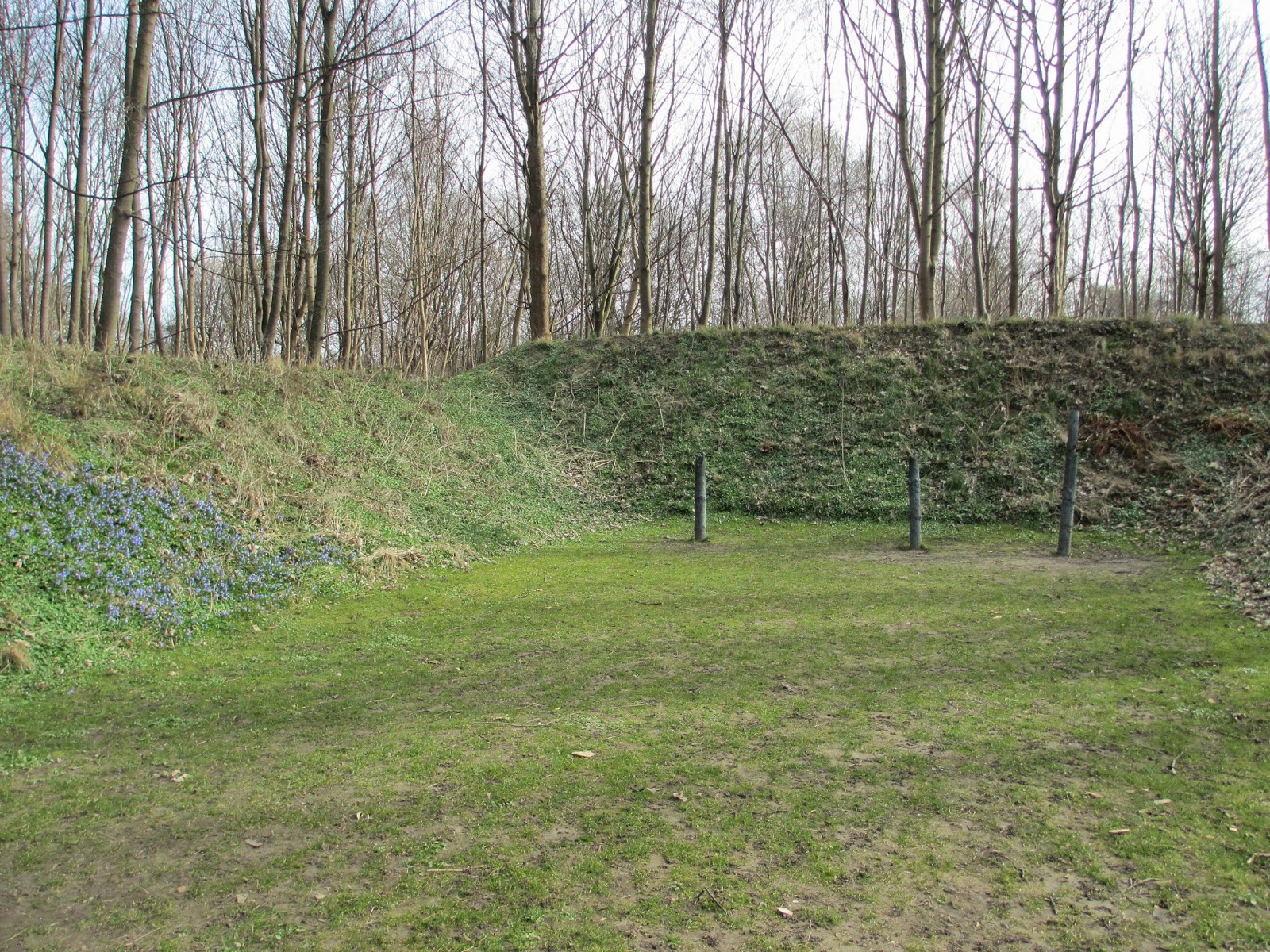 This is the shooting range used by the Germans to execute Danish freedom fighters. These poles are bronze replicas of the original poles they were tied to and shot.   Suzanne's father was a freedom fighter.  There were several members of the church involved with the Resistance Movement.  Suzanne said as the men were led to be shot they and those waiting all sang "Altid frejdig" which is in the our Danish Hymn Book. Literallhy translated it means always cheerful.
Posted by Mom J at 2:14 PM