Saturday the Carl Philip, Crown Prince of Sweden was married to Sophie.  It was broadcast on the TV all afternoon. I caught these shots. 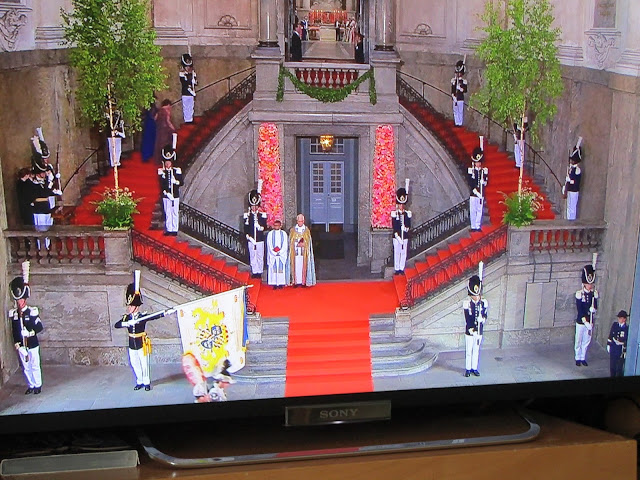 The march in with all the fabulous dresses was spectacular. 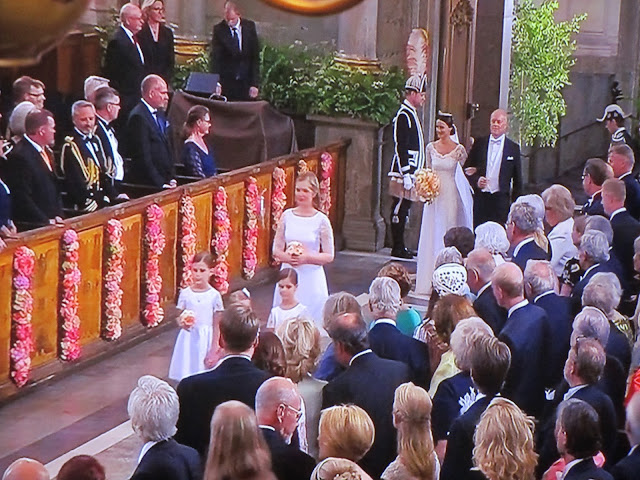 The bride and groom.  It was a religious ceremony with hymns and some soft rock entertainment.... 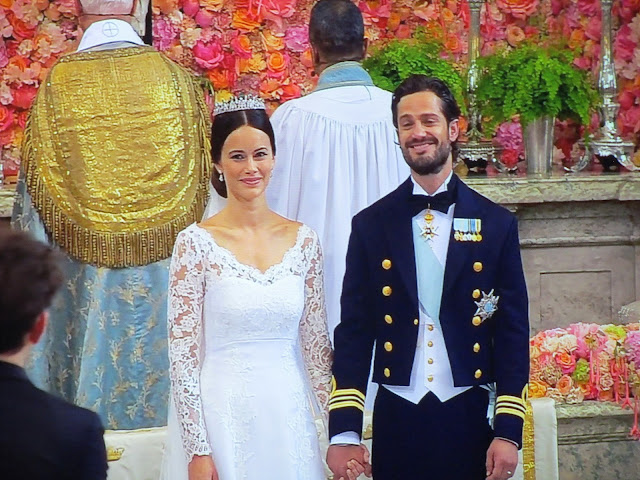 The Danish royalty were there including Fredrik and Mary (3rd from the right on the first row) and Margarethe in the bright red dress. 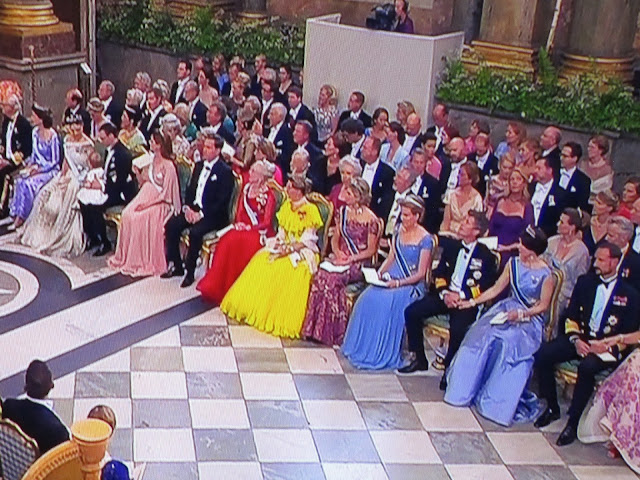 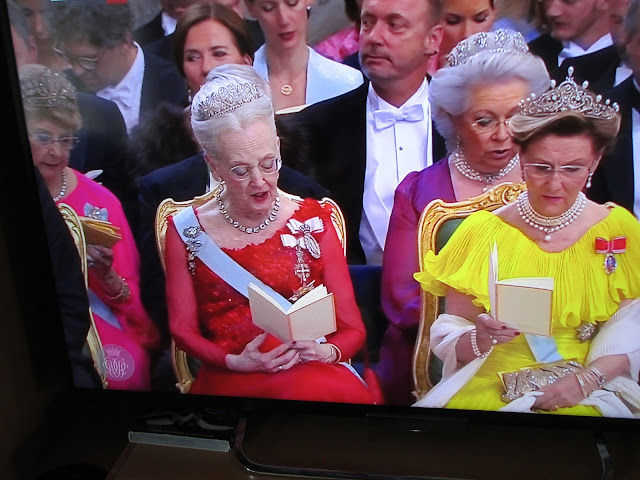 I don't know who was in yellow, but it was very yellow. 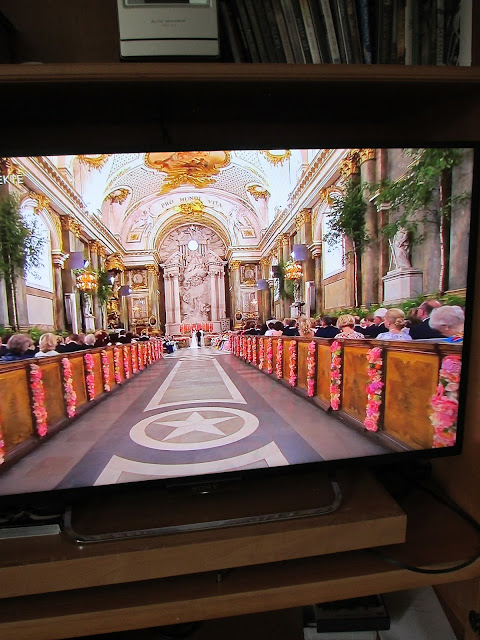 Note the flowers on all the pews 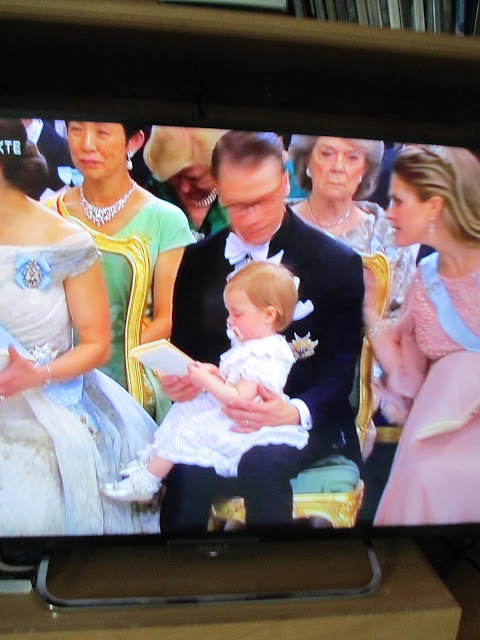 The only royal grandchild belonging to the groom's youngest sister and her American husband. The surprise of the day was when the combo struck up "Joyful,Joyful" and everyone clapped along and moved with the rhythm as the bride and groom walked out.  It made for a pretty cheery atmosphere.
Posted by Mom J at 4:36 AM