After line-dancing, I stayed at the family history center at the church just to check one name I had a question about.  Three hours later I came away with these four children that need to be added to their parents.  It was fabulous to have Inge Østrup sit right next to me and look up everything in the Danish Archives and Danish Church books. I just mentioned a place and she was immediately looking through baptism and christening records for that area.  My Tree also had suggestions to records that had been indexed with the names I was working with.  Three turned out to be mine and three weren't in my line.  It was amazing to be able to go to the original records.  Thanks to all you who index! 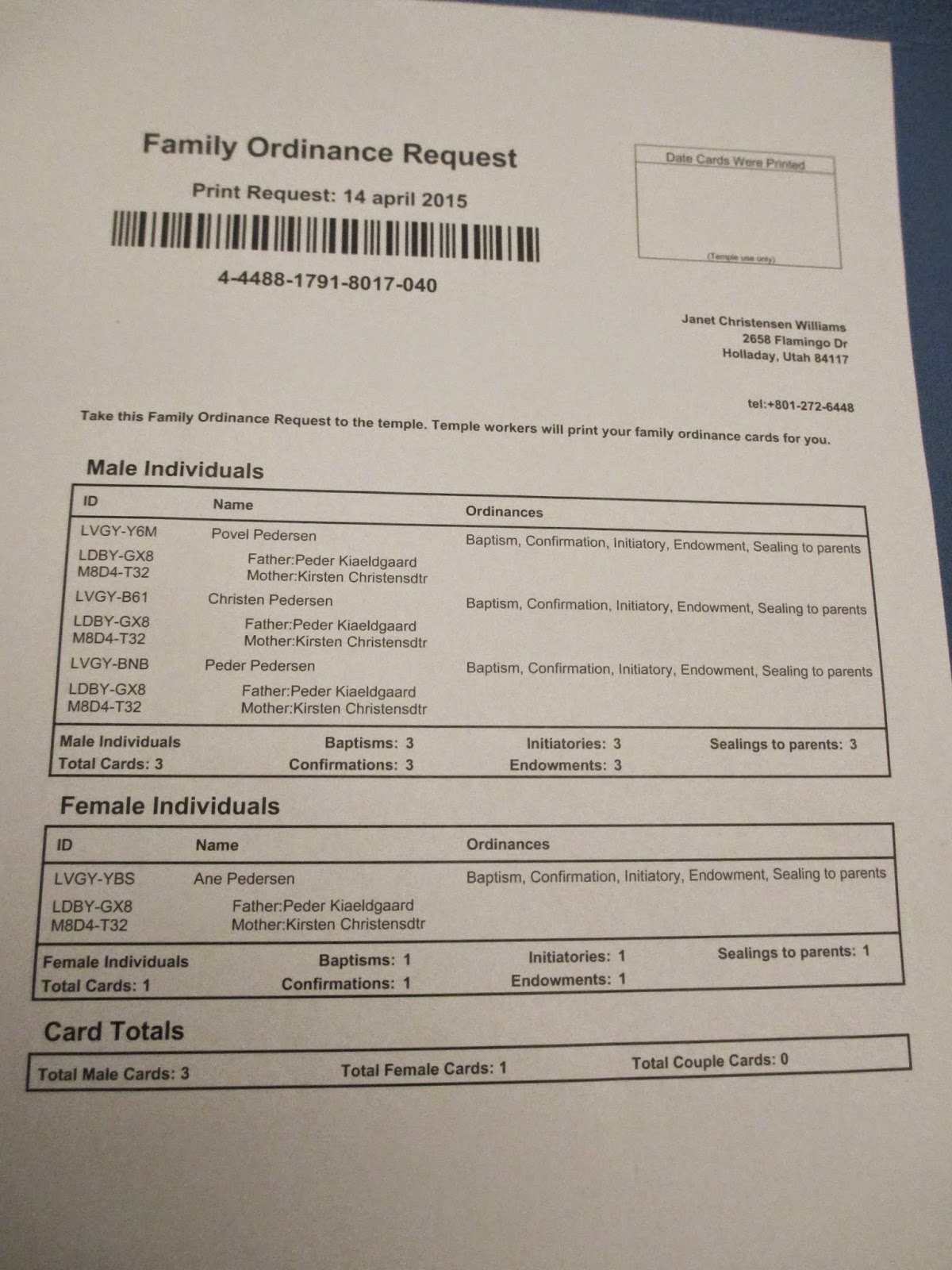 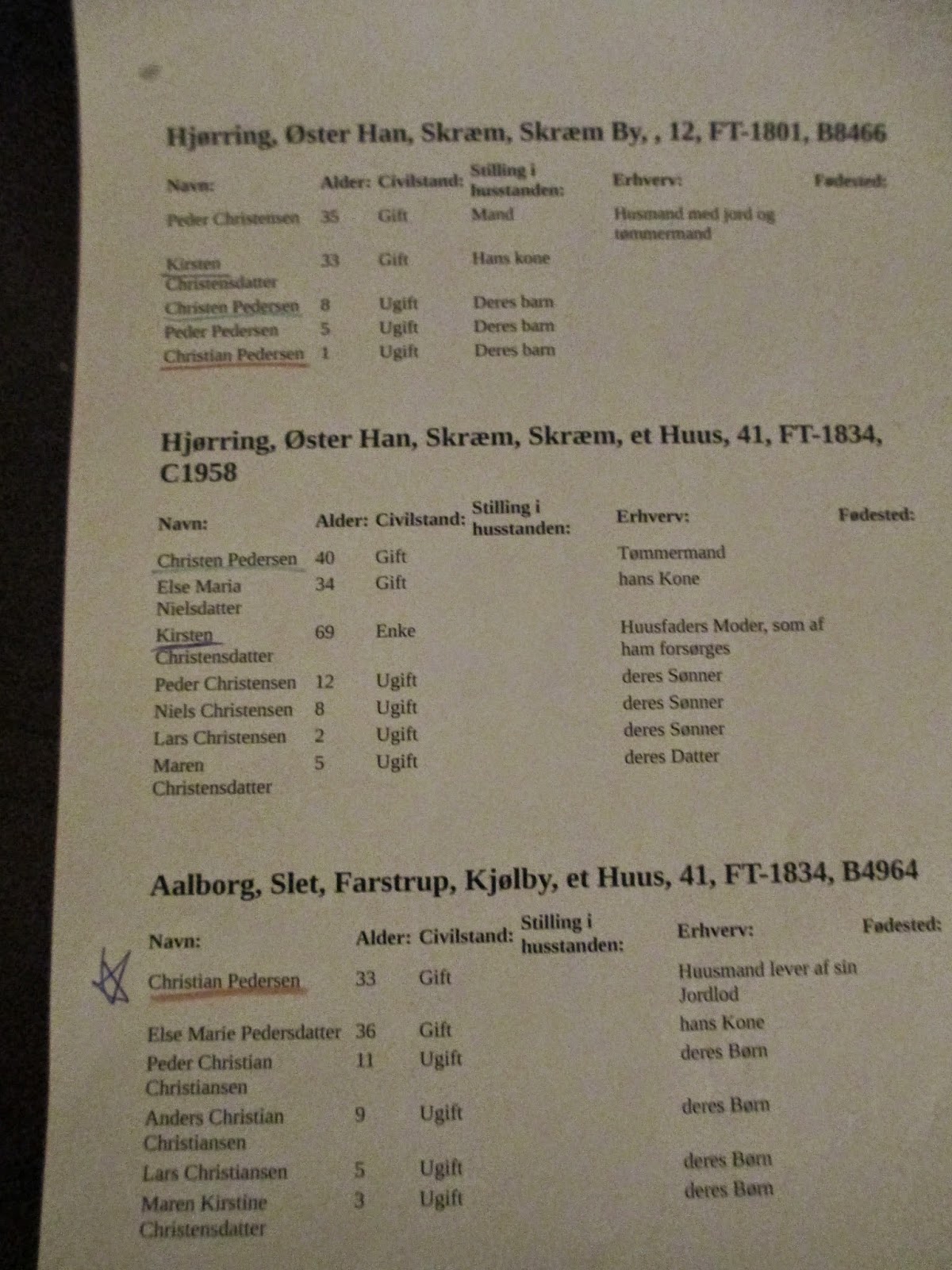