Our temple will be closed for the next two weeks for shut down.  We have lots of projects scheduled and are excited to get them done.  They will be repairing the reflecting pool, redoing the guesthouse and fixing the mural in the baptismal font.  All big projects.  It is a good thing we have a good engineer to follow it through.
To mark the occasion, we all went out to the Sorte  Gryder, including the Aases who have been here for two weeks.  We are encouraging them to come back from Sweden and stay again soon. 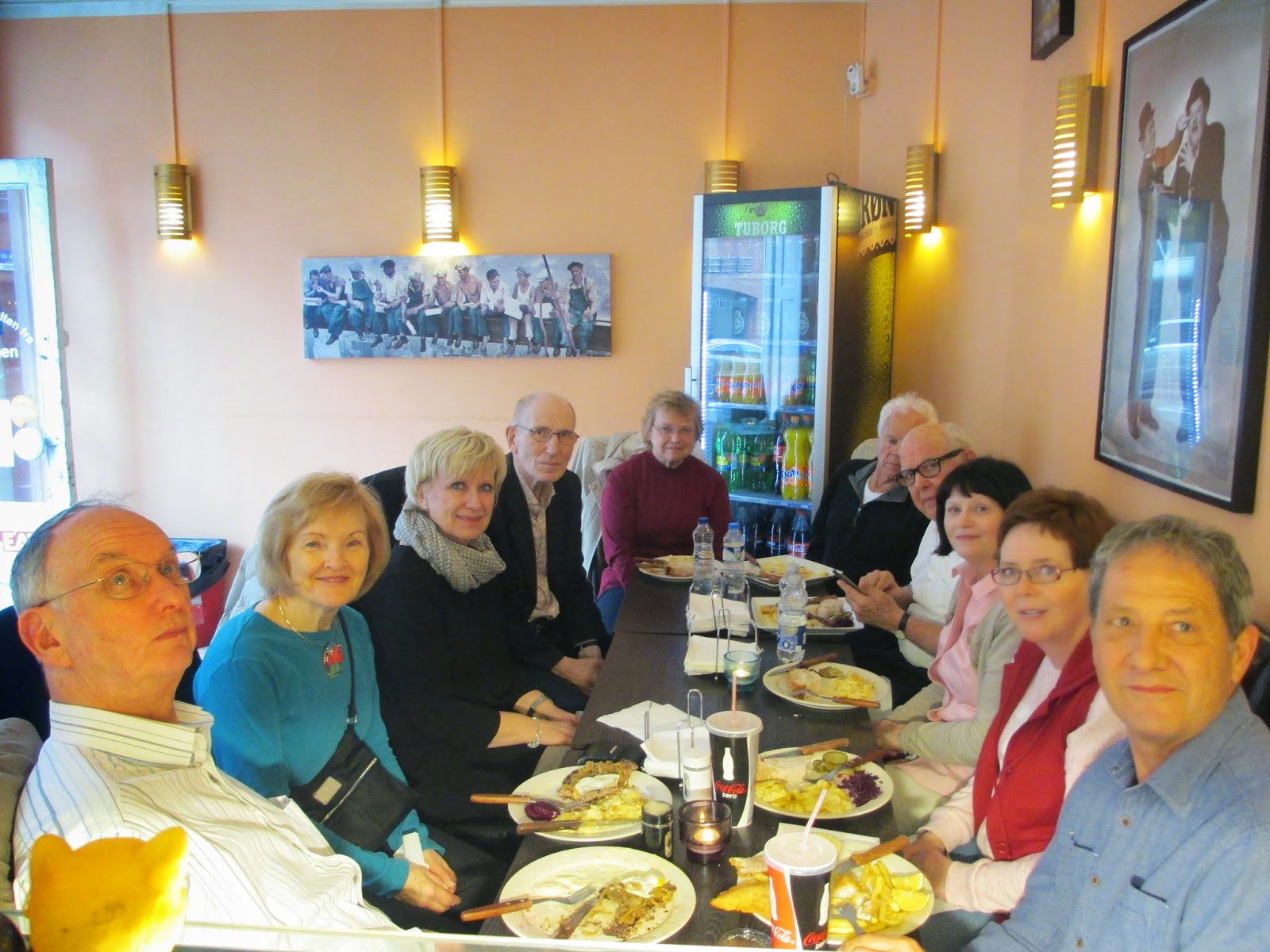 We are using three of the four tables in this "hole in the wall." The food is great and reasonable.

A busy day at the temple as I think many realized the temple will be closed.   Among our visitors was a sister from Sweden receiving her own endowments, three newly returned sister missionaries, a 12 year old coming for the first time and four new members coming to be baptized with their missionaries..  Of these new converts two had been muslim and one hindu.This cute Bush Family from the L.A. area in California.  The first thing they did when they arrived was come to the temple to do baptisms.  They have come back the last three days to participate in temple ordinances along with their site-seeing.  Which is a requirement if you are staying in the temple housing.  They are on their way to visit all of the places their ancestors, that joined the church, came from.  Denmark is not one of those, but she and her husband had such a good time here last year, she brought the kids back.  The two oldest have been on missions and the youngest is just 18. A darling family. 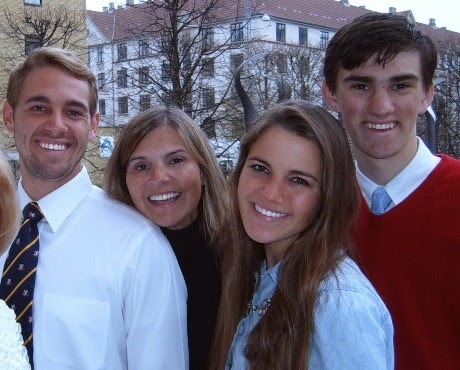