On The Other Side

Today another coordinator, Elizabeth Aase shared a sweet story of her father.  She said her parents were so upset when she joined the church and her father was very angry and would have nothing to do with it.  Her plan was to read The Book Of Mormon to him when he got old and was sick in bed. However, he died in his sleep.  She did his temple work after a year and told of a wonderful dream she had of him.  She opened the door of an elevator and saw a beautiful countryside and her father smiling and happy.  He enveloped her in a big hug and she felt he had accepted the work.  She said he was dressed in such a nice blue blazer with gold buttons.
Later she and her husband sealed her parents.  Elizabeth didn't feel anything, but her husband saw her dad and described the same outfit he was wearing including the gold buttons.
Pres. Monson's has  said when the temple work is done for those on the other side, the shackles fall from their eyes and they are more able to recognize the truth.  Certainly true in this case and in Mette's story on yesterday's blog. 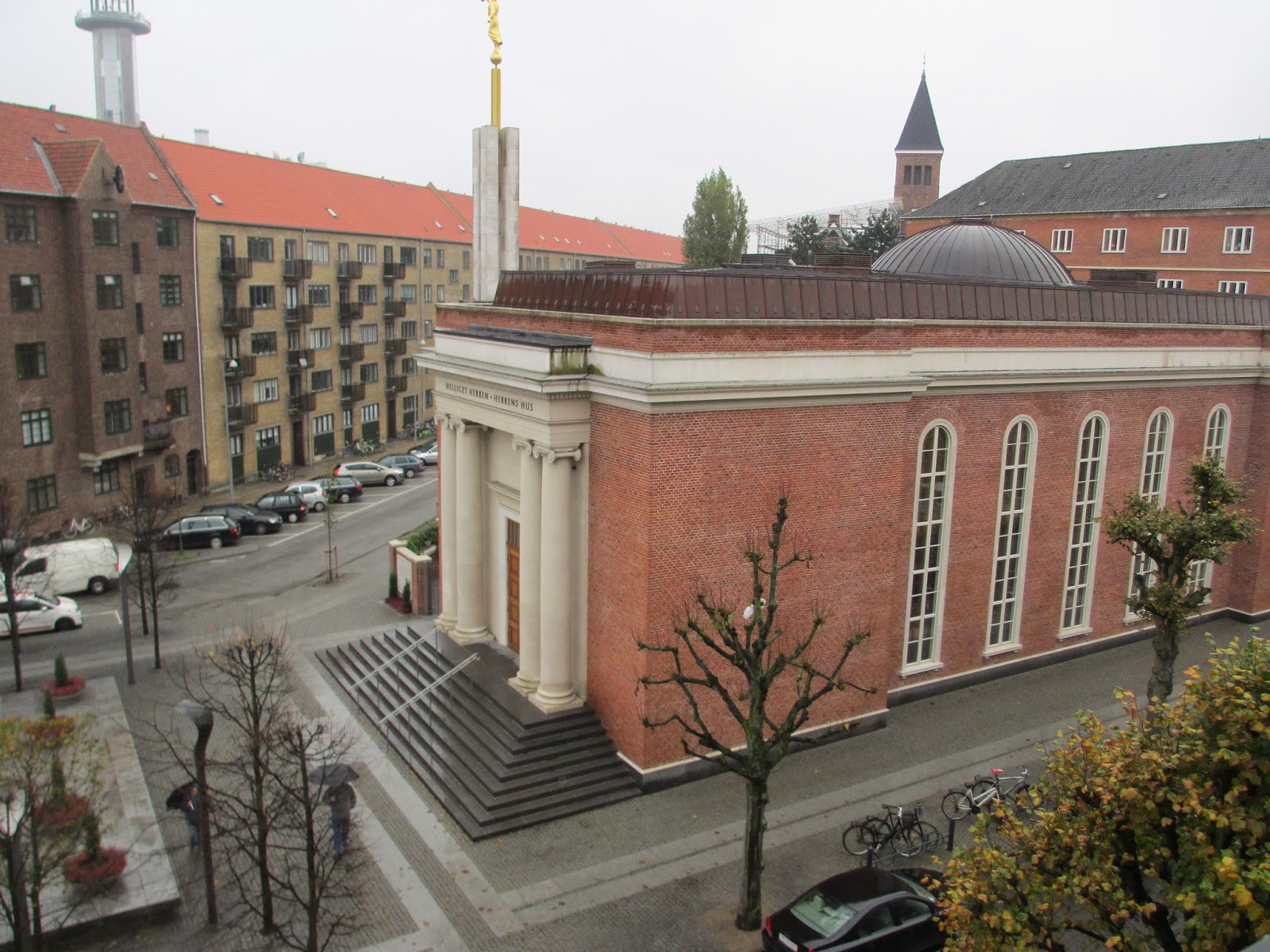 We had a good day at the temple.  Since we shut down tomorrow for two weeks for cleaning and repairs, a lot of people came.  We are also starting to see  tourists. There were three sets of Americans today.
Posted by Mom J at 2:04 PM